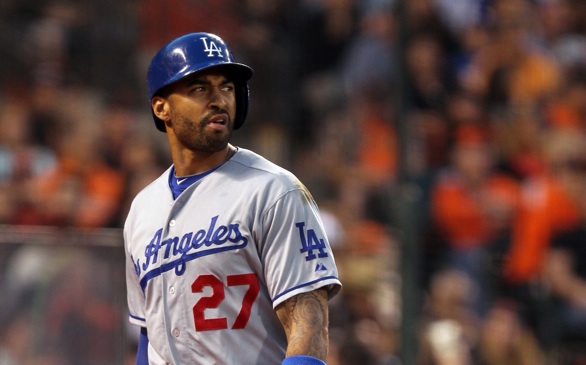 Following Milwaukee Brewers player Ryan Braun’s recent suspension for suspected performance enhancement usage, LA Dodgers player Matt Kemp has spoken out about why he believes Braun should lose his 2011 MVP title (Kemp was runner up for the award).

When asked if he believes the award should be stripped from Braun, Kemp replied, "I mean, yeah, I do. I feel like it should be, but that's not for me to decide, you know?" Kemp also stated that he felt betrayed and lied to by Braun years ago.

“I'm disappointed. I talked to Braun before any of this happened, we had conversations and I considered him a friend. I don't think anybody likes to be lied to and I feel like a lot of people have felt betrayed. That's not just me, that's the whole Brewers organization, a lot of his teammates. I think a lot of people feel that way,” he said.

What do you think? Should Ryan Braun lose his MVP title? Leave your comments below!