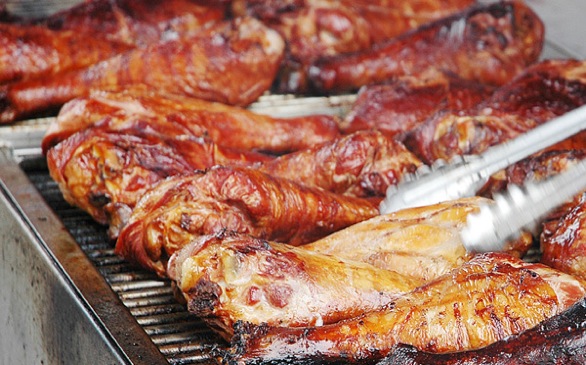 The Long Beach BBQ Festival is back for three days this summer, bringing tons of food, drinks, music and entertainment from Aug.16-18 at the Rainbow Lagoon in Long Beach, Calif.

The main attraction for the three-day long festival is, of course, the food! According to its website, the festival harnesses the world's best barbeque ribs. Other items on the menu include pulled pork, tri-tip, sausages and chicken. Some of the cookers include national award winners Porky-N-Beans; they have won various awards across the country and specialize in ribs. Another talented group that has won national and international accolades is Howling Coyote Southwest BBQ.

While food is the focus of the Long Beach BBQ Festival, you won't want to miss out on the live music!

The headliner for the first day of festivities is Grand Junction. Though certainly not a huge name, the festival website claims that country music fans would “be well served to check out this dynamic ensemble playing some of the best country music in Southern California.”

For those who may not feel comfortable dancing to country music, A.J. Gibbs (a line dance instructor and disc jockey) will be at the festival the entire weekend.

For the children, there’s a husband and wife entertainment team called Terrell & Takako. Both are accomplished entertainers, having worked in Canada and Japan performing for large crowds.

There is certainly a variety of activities to do at 2013 Long Beach BBQ Festival for any person of any age!

The Long Beach BBQ Festival takes place Aug.16-18 at Rainbow Lagoon in Long Beach at 300 Ocean Blvd., Long Beach, Calif., 90802. Tickets start at $13 and can be purchased only online until Aug. 15. After Aug.15, tickets can be purchased at the VIP Rib Village Entrance onsite. For all the info and to purchase tickets, visit longbeachbbqfestival.com.