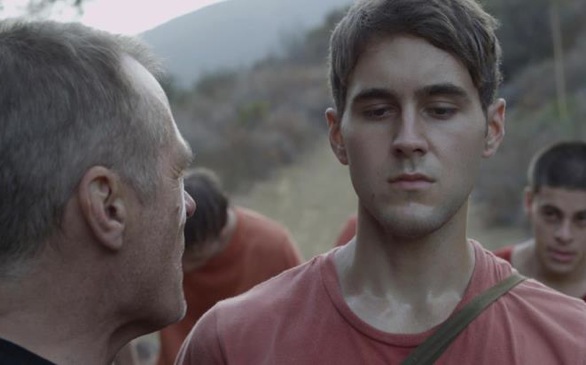 Coldwater will certainly leave you with chills.

The gripping movie captures the corruption and abuse that plague Brad Lunders (P.J. Boudousqué) and the other inmates of Coldwater, a juvenile wilderness rehabilitation center. The plot takes us through Lunder’s stay while explaining the tragedies and struggles that landed him there. We learn quickly that the battle within Coldwater is not one of personal reform, but one of survival.

Former Marine Colonel Frank Reichert (played skillfully by James C. Burns) and his minions (some of who are former campers) run the camp. The power struggle between the colonel, his counselors and the inmates explodes in a terrifying manor, leaving audiences wondering what exactly goes on behind the fences of the unknown. We learn quickly that although the colonel may control his army and dictate the fight, his personal battle exists inside himself.

The biggest gem found in Coldwater has to be the work of Boudousqué. In his debut role, the actor displayed emotional maturity and confidence that could carry his career a long way. With just a glance, Boudousqué has the ability to speak volumes, resembling Ryan Gosling's acting skills. Boudousqué's character has a dark tone of redemption and vengeance. His experiences at Coldwater are not only dramatic, but question the moral values we place on our reform tactics.

Ultimately, Coldwater is successful in entertaining, but its script serves little justice to the raw emotion portrayed on film. Director/co-writer Vincent Grashaw takes audiences on a wild ride, but this attraction needs a little something extra to make it the epic journey we are all hoping for. Perhaps it’s the telling of a story in a broken manor or an ending that confuses audiences more than it should, but Coldwater isn’t the masterpiece Grashaw had intended it to be.

Although it might not watch like a great, Grashaw’s message is certainly made clear. Throughout the film, we learn many harsh truths. Coldwater not only makes us question the foundations of institutions like Coldwater, but that of ourselves. At the end of the film, viewers will feel anxiety and anger towards the torture and degradation that torments our correctional facilities.