College Enrollment Falls for the First Time in 10 Years 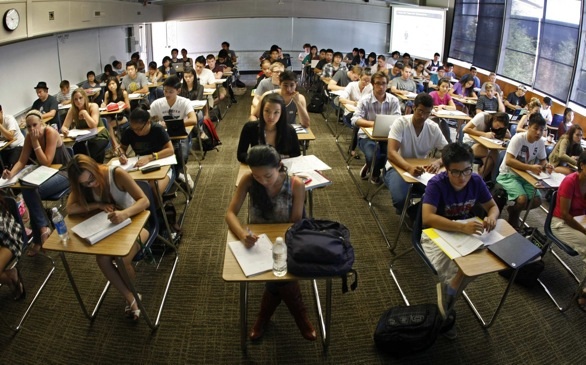 For the past 10 years, college enrollment had been at an all-time high, due to a staggering economy and a lack of jobs. Now, with the economy in initial recovery stages, enrollment for the upcoming 2013-2014 year saw a 2 percent drop - the first drop in 10 years. Many believe that the high price of college is becoming more unattractive, with many young people opting for jobs instead. As a result, it might be easier to get into many mid-tier schools (however, don't expect the same result for the more prestigious schools).