Emblem3: Nothing to Lose 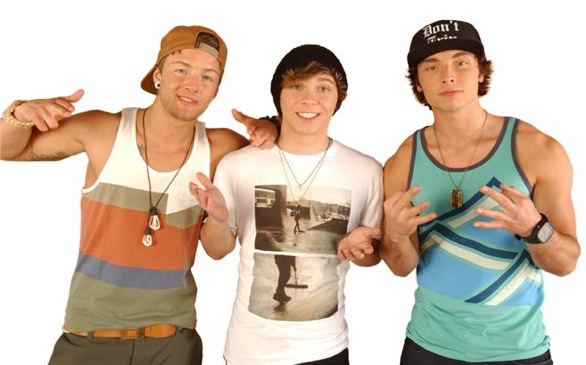 Admittedly, when looking at the "The X Factor" darlings Emblem3’s album cover, it’s easy to sigh and assume we have another 1D on our hands. But Emblem3 in no way compares to One Direction…because this group is so much better.

Although appearing to fall into the tired boy band genre, Emblem3’s debut album, Nothing To Lose, proves that there really can be a healthy mix between youthful emotions and more daring adult lyrics. Refreshing is an understatement.

With 13 songs that range from praises of Los Angeles to a bold declaration of love for some random girl named Chloe, it’s apparent that the trio is singing about that they really believe in and enjoy.

With an iTunes classification of “rap," Nothing To Lose presents mostly hip-hop and even some reggae sounds. Mixed and layered with pop lyrics, the result is something unheard before. The trio really does not come off as cookie-cutter pop artists, yet simultaneously their sound is the catchiest thing I have heard all summer.

Especially noteworthy songs on the album include the ultra-catchy “Just For One Day” and their first single “Chloe (You’re The One I Want).”

The music world is taking note of these newcomers! The Teen Choice Awards 2013 will provide a platform for the guys to shine as they are nominated for “Music Breakout Group,” and they will also be presenting that night. This fall, Emblem3 will embark on a nation-wide tour opening for Selena Gomez for her Stars Dance show, including a stop at Staples Center in L.A. in November.