15 Minutes with Mac Miller: The rapper catches up with us while on tour. 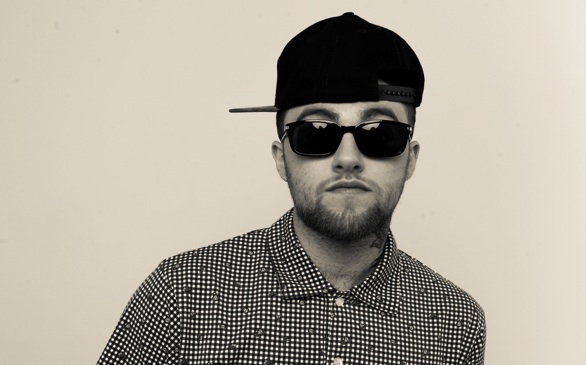 Let’s not pretend you don’t know who Mac Miller is.

The Pittsburg-native rapper has been making headlines ever since the release of his new album, Watching Movies with the Sound Off, came in at No. 3 on the Billboard 200 charts behind Kanye West’s Yeezus and J. Cole’s Born Sinner. He’s on Ariana Grande’s hit song (“The Way”), which has gotten major airtime on the radio this summer. And he’s done in-depth interviews with The Huffington Post and New York Times, discussing everything from drug use (he’s made it clear that he’s a fan of "lean") to his “unexpected success” as a respected artist (his first album garnered harsh reviews from critics, where one even claimed he was a “frat rapper.”)

Currently, the 21-year-old is excited about the success of his album and is on tour across the world. Don't worry - he will be making a stop in L.A. on Aug. 7.

While on the road before his show in Buffalo, N.Y., Mac Miller found a quiet area away from the loud noises in the background. As he tried to figure out what shoes matched his socks, he chatted on the phone with Campus Circle for 15 minutes, talking about the tour, his music and how it all began.

CC: Did that come just from loving the music or was there a specific instance in your life that propelled you towards music and hip-hop?
MM: I think it just all came from music. I’m a fan of music. I played instruments, and I couldn’t take instruments everywhere I went. But I could rap everywhere I went. So I started doing that more, because I could do it all the time.

CC: You’re 21 years old, and a lot of people your age are in college or working to go to college. Were you ever interested in attending college?
MM: Not really. I never really wanted to go to college. School was never really my thing, but there was a point in time where I had a girl that was going to college so I thought maybe I would try to go...But it didn’t happen.

CC: Did your parents push you to go to college or were they very supportive of your choice to become a hip-hop artist?
MM: My mom just wanted me to care about finishing high school. That was really important to her, that I finish high school. I think once she realized that I wasn’t really trying to go to college, she stopped pushing for that.

CC: What gave you the confidence to enter the music industry and believe that you’d be successful?
MM: When people chase after success - I don’t think that’s really a thing to chase. I just love making music, and it was more just chasing the ability to make music every day. It was less about a certain type of success, less like, “Hey, I’m trying to be the biggest rapper ever.” I just wanted to make music every day.

CC: In recent press articles, a lot of people have been saying you’ve come out of “left field” and gained a “new respect” as a hip-hop artist, especially with the release of your new album. What is your reaction to all of that?
MM: It’s cool, you know? This album was the album that I wanted to make right now. It’s cool to see people react positively to it. It’s dope that the fans love it too, you know what I’m saying? A lot of people felt like I was going to lose my fans because I did this.

CC: Would an example be balancing time spent with friends and family with time working on your music?
MM: Here’s the thing: I am really passionate about making music, and I love it. It kind of comes first before everything, before even myself. It’s kind of just accepting that other relationships in your life are going to fall a little bit. They’re going to get a little bit more difficult, and they might not really understand what it is you're doing and trying to accomplish. You just kind of have to be okay with that. The important people in my life stick around throughout everything.

CC: So you’re on tour right now. What are some your favorite activities that you like to do? What’s a typical day like?
MM:  It depends. It really depends on what time I wake up. If I wake up at a reasonable time, then I’ll get up, walk around a little bit, go hang out with the production crew as they set up the stage, jam with some instruments, walk around the city that I’m in or something. Then there are the days that I wake up at 5 p.m. or 4 p.m. that I’ve just have to wake up and go right into doing a f**kin’ meet n’ greet, and right from the meet n’ greet go right onto the stage.

CC: You’re coming to Los Angeles on Aug. 7 – what can your fans expect at this show?
MM: It’s a lot of different stuff. My shows used to be all about “turning up,” if you will. It used to be all about turning up and high energy all the time. Now, it’s become partially that and also just putting on a good performance and bringing a new version of songs and having it be something memorable. It’s something really special. I feel like I’m having fun on stage again, and I’m enjoying every day and enjoying the amount of work I have to do. It’s all worth it. This is some of the most fun I’ve ever had on a tour.

CC: If you had to give any advice to a young person (high school and college-aged) who wanted to be a hip-hop artist, what would you tell them?
MM: Not to listen to anybody but themselves. That’s the most important thing. If you have a true artistic vision, you can’t compromise it. You’ve got to listen to yourself before anyone, because no one can tell you how to do you better than you can. It’s actually more difficult than it sounds. I’m even still working on that; I’m still working on having the self-confidence and the vision to trust myself. And this album is a good step in the right direction for that.

Mac Miller will be performing at the Hollywood Palladium in Los Angeles on Aug. 7.