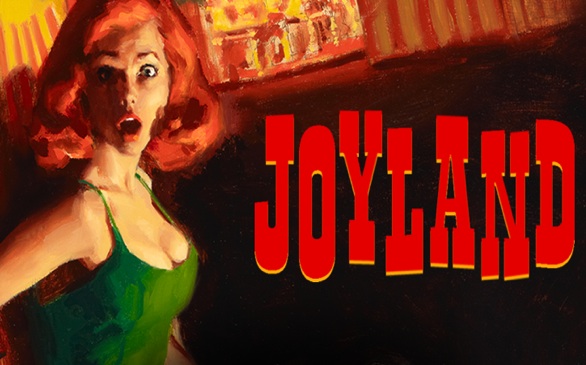 FICTION
Freud’s Mistress brings it with plenty of insight into the man behind the psychology. Karen Mack and Jennifer Kaufman’s fictionalized version of a man torn between two sisters uses extensive, up-to-the-minute research to fascinating effect.

From the author of the glorious Prep comes a terrific new story of femininity. Curtis Sittenfeld’s Sisterland follows identical twins whose “twin sense” is taken to a whole ‘nother level with abilities that both draw and repel people in equal measure. I loved every minute I spent with this book.

Star-crossed lovers Obinze and Ifemelu span continents and time as they try to find themselves in an ever-changing world. From Nigeria to London to America, the choices made and roads taken make for a fascinating read. Chimamanda Ngozi Adichie’s Americanah will resonate with immigrants old and new.

A break for a little fun comes with Adelle Waldman’s The Love Affairs of Nathaniel P. Romance, self-doubt and egotism pervade this novel.

Another perfect summer diversion is The Good Luck Girls of Shipwreck Lane. Kelly Harms writes with love about a trio of women desperate for a change and smart enough to recognize it may not be exactly what they planned. Delicious.

THRILLS
Stephen King’s mix of fantastic storytelling and a whiff of campy fun blend perfectly in Joyland. Its’ a coming of age tale punctuated by murder - the author’s fans and newcomers alike will enjoy the ride.

I love the idea of prey becoming predator, and The Shining Girls does this and more. Lauren Beukes’ time-traveling mystery unfolds over different eras as a serial killer meets his match.

Another satisfying tale of captives taking things into their own hands, The Never List rushes along at top speed. Koethi Zan plays off recent kidnappings, like Jaycee Lee Dugard, in this gripping, twisting turn of events.

Exploring good and evil in a thought provoking yet entertaining fashion, The Execution of Noa P. Singleton by Elizabeth L. Silver reads surprisingly quickly. With murder, the death penalty and the quality of justice called into question, morality becomes an increasingly slippery slope.

Dennis Lehane (Mystic River) knows murder, and when he recommended newbie Ivy Pochoda’s Visitiation Street, I picked it up immediately. Filled with an incredible talent for place (Red Hook Brooklyn) and character, this novel got under my skin and invaded my dreams.

I recently stumbled on Peter Robinson’s Inspector Banks novels and found myself immediately besotted. The latest, Watching the Dark, is the death-by-crossbow-arrow of a detective that turns into an inquiry of police corruption.

One of the best horror writers, Joe Hill’s latest is NOS4A2, the story of Victoria, a young girl who is one of a few whose imagination is so strong that it affects the world around them. Vic can use her bicycle to take her anywhere she wants. But she’s on a collision course with Charlie Manx, a man who uses his Rolls Royce to take children away to Christmasland. -Mike Sebastian

SHORT STORIES
A wholly original point of view emanates from Lindsay Hunter’s Don’t Kiss Me. Perfect to dip into on a plane, a boat or a train, this collection of characters trapped in an Edward Hopper painting of longing and loathing hits a nerve.

NON-FICTION
When we think of spies, undoubtedly some suave gadget-wielding action hero springs to mind. However, espionage has been around as long as civilization has, and America never would’ve been born without its own early spy networks. From the Revolutionary War to the dawn of the Cold War, Spying in America by Michael J. Sullick delves into the fascinating history of espionage in the States, bringing to life its greatest agents, enemies and traitors.

Chuck Klosterman manages to make his every thought entertaining in I Wear the Black Hat. From the great tradition of skewering media and music to making himself the marshmallow to poke, these essays charm, squirm and reverberate.