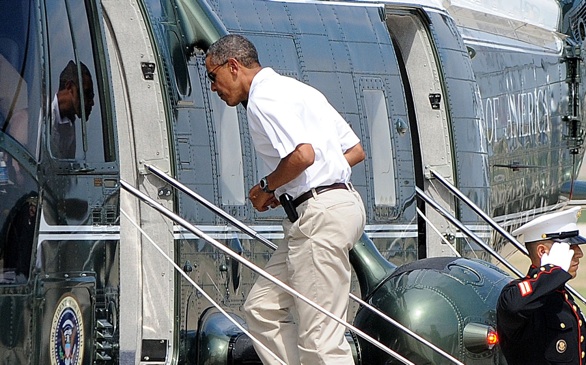 On Tuesday, President Barack Obama will touch down in Los Angeles and then travel to Burbank for his sixth appearance on “The Tonight Show With Jay Leno.” He will be staying the night in the Burbank area and then traveling to Camp Pendleton Wednesday to visit the military base and military families there. It is reported that he will be making several other stops around L.A. over the two days, so expect some traffic and sight-seers out and about.