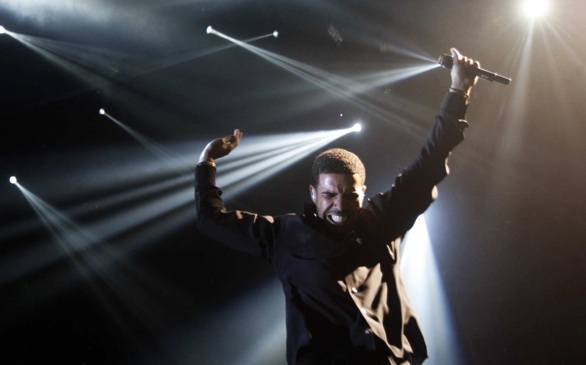 My initial reaction to Drake’s new single “Hold On, We’re Going Home” ft. Majid Jordan (which will be included on his next album Nothing Was The Same that releases on Sept. 17) was: who the heck is Majid Jordan?

Turns out Majid Jordan is a duo, not a he, and the two seem to provide background vocals on the track for Drake. Giving unknown artists a feature on what will probably be one of the highest selling records of the year is a bold move - and it paid off. Majid Jordan's background vocals are the song's highlights.

"Hold On, We're Going Home " is not a bad track. It's an overall decent song that sounds like it was made in a hazy studio in Los Angeles during the 1980s instead of 2013 by a group of musicians from Canada. The track isn’t a hip-hop track like the first song Drake released off his upcoming album; it’s an R&B song that embodies that old-school, '80s R&B sound.

The production on the track gives homage to the days when songs had echoing vocals and easy drum rhythms. And Drake doesn’t lose any of his individuality on the track —there aren’t that many rappers out there who sing, and there are even fewer who sing well.

Lyrically, the song isn’t going to blow anyone away. It’s a love song, plain and simple. And that’s exactly what Drake intended.

"It's not a rap record," Drake said in an interview with MTV. "It's not 'Versace,' it's not 'Started From the Bottom.' In approaching this album I was like man, it would be great if we had a record that was played at weddings in 10 years or that people that are away from their families in the army could listen to. Something that just [has] timeless writing, timeless melody. So I did it with the group that we signed to OVO called Majid Jordan."

To listen to "Hold On, We're Going Home," click here.

Opinion
Taylor Swift is sitting on top of the world
10,805 views

Opinion
Social media has helped One Direction keep going — but is end near?
1,942 views

Opinion
From Alabama Shakes to Kamasi Washington: The best pop albums (so far) of 2015
1,568 views