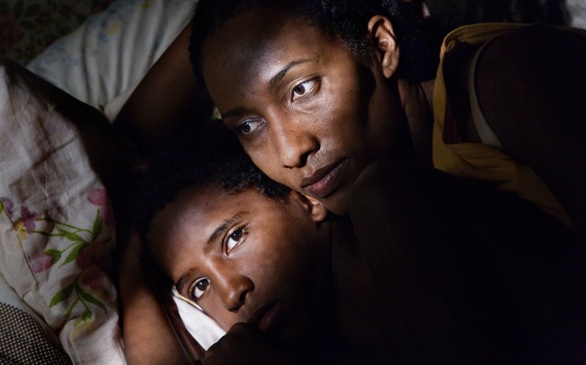 In America, and especially in Southern California, we have a very distinct and specific picture of what we believe an immigrant is: a Hispanic person crossing the Tijuana/San Diego border.

Italian filmmaker Emanuele Crialese takes this pigeonholed image of an immigrant and flips it on its head in Terraferma, a film ultimately depicting a physical and emotional battle between locals on a remote Italian island and the North African immigrants that try to find a home on their land.

With breathtaking shots of the Italian seashores and crystal blue waters aided by powerful cinematography of hundreds of dark-skinned immigrants leaping into the ocean to swim desperately towards commercial fishing boats, Terraferma’s strength is in its visuals and less in its dialogue. If this story was told solely through words, they would fall short and never be able to convey the heartbreaking paradox of the film’s Italian fishermen who wanted nothing more than to help these immigrants, yet are forbidden by law to do so.

This film expertly incorporates several plot elements into one larger story without befuddlement or the appearance of trying too hard. The audience will relate to Filippo, the naïve, teenage protagonist trying unsuccessfully to hook up with an alluring tourist. Viewers will simultaneously sympathizing with Filippo’s single mother, Giulietta, who wants nothing to do with the immigrants that have fallen under her care out of concern for her own family’s safety. The film also depicts an entire island of people struggling to make a living through tourism while battling the natural elements for survival.

Watching the Italian matriarch Giulietta emotionally battle with the North African immigrant mother being harbored in her home suggests that despite every bit of their lives having the appearance of extreme difference (location, skin color, wealth, etc.), the women truly are the same in their unwavering and fierce desires to protect their families. In this, they find respect. Not necessarily unconditional acceptance, but at least an understanding.

Serving as a reminder that despite major differences, being a member of the human race is something we all share, Terraferma preaches acceptance and kindness. The film reinforces the idea that the easy thing to do and the right thing to do are not always one in the same.