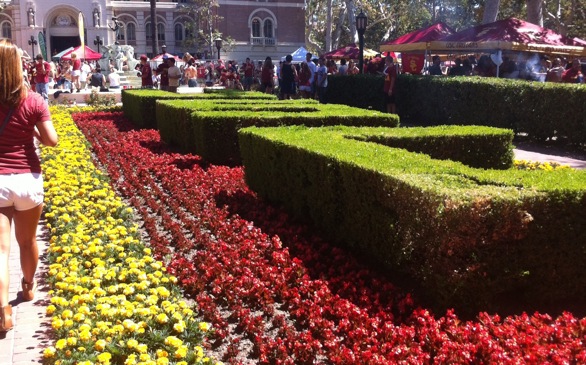 Several students filed a complaint with the U.S. Department of Education against the University of Southern California, claiming that the university has violated the Clery Act. The Clery Act is a federal law mandating accurate and timely reporting of crime on campus, including sexual violence.

USC senior Ariella Mostov said that when she was sexually assaulted, the university mislabeled the crime as "injury response" rather than rape or sexual assault in the report. She also claimed that USC's Department of Public Safety (its campus police) told her the crime wasn't rape because the assailant didn't orgasm.

"I feel like I was denied justice," said Mostov. "These people who are assigned to protect us and guarantee our safety, who are supposed to help us through these especially hard times, are people who are incredibly incompetent."

The complaint against USC states the university, "is persistently underreporting sexual battery, sexual assault, and rape in the Annual Clery Security Report by ... categorizing instances of 'rape' as 'personal injury,' 'domestic dispute,' and other less serious crimes or non-crimes."

In addition to this complaint, USC is also dealing with a federal investigation. In June, the U.S. Education Department's Office for Civil Rights began investigating whether or not the university violated Title IX, which is a federal education law that bars sexual discrimination.