A Dive Into Disparity for the Cold War Kids: Nathan Willett talks about the band’s album and sound. 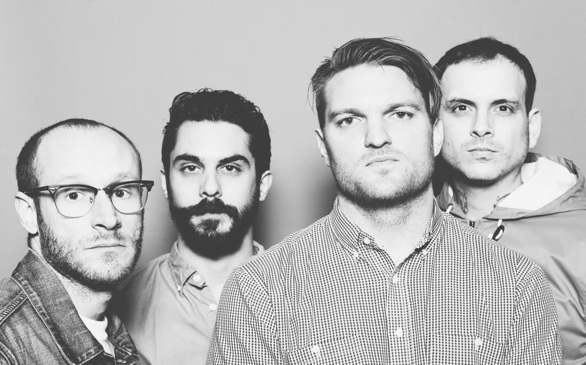 The Cold War Kids have propelled and lodged themselves in a precarious position. The Long Beach locals, acclaimed for their simplistic sound and raw approach, are dabbling in unconventional elements of sound. With their new album, Dear Miss Lonelyhearts, the Cold War Kids have incorporated artificial drums and electro-y synths—techniques one would imagine the traditional garage-rockers to consider blasphemy.

So why would they change a formula that has clearly worked in the past? Because this new approach works just as well, that’s why.

“There were a lot of moments where there was tension and mixed feelings about it,” said Nathan Willett, the band’s front man, with regards to the innovativeness on Dear Miss Lonelyhearts. “I think it was part of the journey in breaking down the walls of how we've done things in the past and seeing what we could get away with.”

The new sound came with a fresh addition to the Cold War Kids. Dann Gallucci, producer, sound engineer and former guitarist for Modest Mouse, produced and played guitar on the new record.

“I think he brought a certain fearlessness towards certain sounds, like synthetic sounds or certain ways of arranging songs,” remarked Willett about Gallucci’s inventive influence on the group.

The album’s title and underlying sentiment stem from Willett’s admiration of Nathanael West’s Great Depression novel, Miss Lonelyhearts. In West’s story, an advice columnist becomes disillusioned with his work. He loses touch with how he can actually connect with his readers—complete strangers—or anybody, really.

Willett feels that, “There is an impossibility of really connecting with another person.” This apathy towards human intimacy explicitly manifests in the new album’s melancholically tender song, “Tuxedos.”

“It is part story and part abstract,” said Willett about the song. “There's something about loneliness and distance that is on the rest of the record, you know, like a character who is a stranger at a wedding. He likes the anonymity of being in a tuxedo and just blending in while surrounded by others in tuxedos.”

That type of poignant ambivalence is a typical trait of the Cold War Kids’ tunes, but it’s wedged in an album ripe with atypical electric pulses.

Another proverbial element of a Cold War Kids album is the artwork. The band’s bassist, Matt Maust, typically creates the album covers, and the scant sketch over a blood-red drench on Dear Miss Lonelyhearts is no exception.

“The artwork has always given a visual backdrop to the music,” said Willett. “There's something very scraggily and minimal but also beautiful and precise about it that is very important to the band.”

The last song on the album, “Bitter Poem,” sounds messy, with fuzzy xylophone-like bells mixed with electronic beats and piercing guitar spasms. On top of the melodic disorder, Willett frantically staggers at his audience: “Did you…did ya? Did ya say you were happ-ay for me?” That chaotic composure—like every time it’s played, the erratic sounds can’t be precisely duplicated—is ironically neat. Within the bedlam, the Cold War Kids miraculously produce harmonious purity.

It’s true, with the new record, the Cold War Kids are vulnerably positioned—whether it is with a new member, an indifference to their audience or dangerous experimentation with new sounds—but that is right where they belong.

Willett and the rest of the Cold War Kids thrive in tormenting states, like the grueling setting for Dear Miss Lonelyhearts, because that is what their best product feels like: agony. Beautiful agony.

The Cold War Kids will be performing at The Wiltern on Sept. 19.