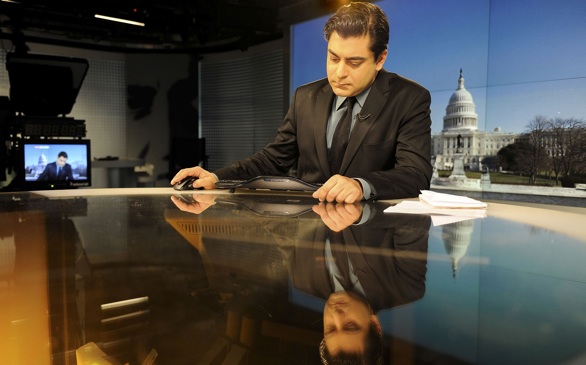 When, back in December, Al Jazeera—a news organization based in Qatar—purchased Al Gore’s Current TV for a whopping $500 million, there were questions as to what the news organizations' motives and goals were. The questions about motive can wait, at least, until there is evidence.

Al Jazeera America, which will be an offshoot of Al Jazeera English, could hold some benefits to viewers and competitors alike if given a chance.

However, one major obstacle stands in the way of Al Jazeera America getting a fair shot to win over the American public: commentators and other citizens will accuse the news organization of bias even before it premieres on Aug. 20. There are two reasons why some will accuse the Al Jazeera America of being one-sided: 1) the Qatari government used to own Al Jazeera, and 2) the major cable news channels in the United States have a visible political, pro-U.S. bias.

Assuming Al Jazeera America already has a political bias would not be completely unfounded, but it would be a hasty presumption to make. The original Al Jazeera, delivered in Arabic, may very well display some anti-American sentiments, but the only difference between that and Fox News and MSNBC is audience; while the two American organizations cater to a patriotic viewer’s political bias, Al Jazeera Arabic would seemingly live off any perceived anti-United States feelings.

The fair thing to do would be to give Al Jazeera America a chance to show that it can be a legitimate option to the conservative voices at Fox News and the liberal pundits at MSNBC.

Take a look at Al Jazeera English. Here, you will find straight reporting down the middle, the type of journalism people say they want. Opinion pieces are appropriately labeled, and the website looks more akin to the New York Times than to MSNBC. Yes, there is a focus on the Middle East, but that’s to be expected.

Al Jazeera America’s real challenge will come when and if they run into the problem of in-depth journalism, but that depends on if viewers want in-depth journalism. Whether or not viewers use cable news to stoke their fears and massage their views—a service Fox News and MSNBC provide for a lucrative gain—will guide how successful Al Jazeera America will be. And for that reason, we need it to be successful.

Imagining a world where Fox News and MSNBC provide straight down the middle reports without so much ridiculous commentary may be difficult for some. A successful Al Jazeera America, however, makes it much more feasible. Pressure from Al Jazeera America would make Fox News and MSNBC more inclined to do their jobs the way they’re supposed to be done.

A successful Al Jazeera America would also provide some guidance for quality yet ailing news organizations such as the Los Angeles Times. I’m working on an extreme hypothetical situation here, but let’s say Al Jazeera America provides in-depth reporting both online and on cable on a budget similar to that of a United States newspaper - what would be the result? Those papers can follow pieces of that model and avoid watered down reporting.

Al Jazeera America will be an important news source depending on what they cover and the way they cover it. Sticking to bringing in-depth world and Middle Eastern news would be the way to go.

Serious cable news needs patience to grow, so let’s give it a chance.