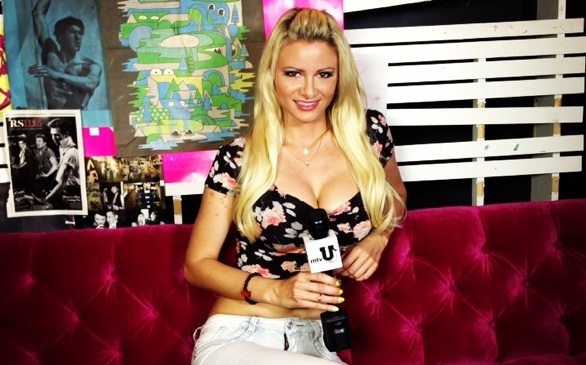 As seen on “Girl Code,” April Rose gives quality advice when it comes to boys and relationships. Campus Circle came up with a few questions we were dying to know the answers to. Here are her responses.

Campus Circle: What’s the best way to go from being friends with a guy to being romantically involved with him?
April Rose: I think the sooner you let a guy know that you’re interested in him more than friends, the better. I think that’s the same way with girls. The longer a guy waits to “get with us,” the more of a friendship realm that they’re in. And then they get put to the friend zone. So I think it needs to be introduced quickly that you’re interested in this guy.

CC: What are the dos and don’ts of online dating? What should you put on your profile?
AR: Your profile shouldn’t be your whole life story. I think guys like a little bit of mystery, so you don’t want to tell them everything about you; you want them to be curious. And then [they will] send you a message and ask you about it. Don’t put a picture from 10 years ago; put a current picture up. Don’t try and hide and put and picture of your dog.

CC: Can a girl truly change a guy that she is dating?
AR: That’s, like, a serious question! You can change a guy, but you have to make sure that he’s changing to better himself and not just changing for you. It has to be mutually beneficial for both people. It has to be something that will be better for him, [like] if you want to change his eating habits and things like that.

CC: What’s the worst thing a girl can do on a first date?
AR: Don’t fart. Don’t talk about your ex-boyfriends, oh my gosh. And don’t sleep with a guy on a first date. That’s huge. And I have friends that do that. And guess what? The guys don’t call them back for a second date. They already got what they wanted, and they never got to know you.

CC: What are some of the signs that your man is being unfaithful? What should you do if you think your boyfriend is cheating?
AR: My big sign is if he’s hiding his phone, his phone’s on silent, his phone’s turned upside down on the table. I think the phone is the big one. I know in the past some guys have had two phones. That’s definitely a sign! There’s no excuse for having two phones.

If a guy disappears all night without saying “goodnight” to you, that is definitely a red flag. There’s no reason for a guy to ever disappear for an entire night. Everyone has their cell phone latched onto them 24 hours a day, and you know it.

CC: What if they break up? Can you date one of your friend’s ex-boyfriends?
AR: If your girl friend breaks up with a boyfriend, the only way that you [and the ex-boyfriend] can date is if this is the perfect guy, soul mate, that you guys are going to get married and have children and spend every day of the rest of your lives together. It has to be that serious, because that person that you share the rest of your life with is the most important person. It’s not every day that you meet that person. You’re a b**ch, but you found your soul mate, so congradu-f**kin-lations.