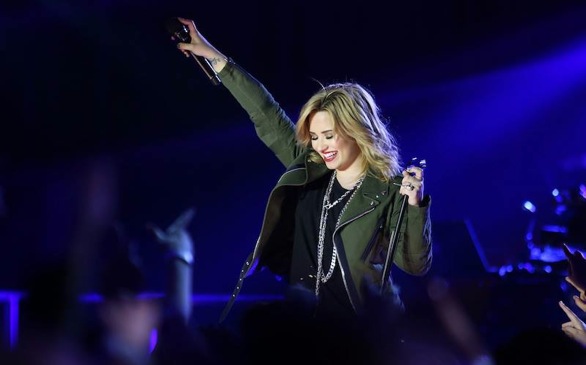 This songstress is taking her acting and singing skills to "Glee."
(Credit: Facebook.com/facebook.com/DemiLovato)

Hopefully fans will be gleeful after this news: pop singer and "X Factor" judge Demi Lovato might be appearing in at least six episodes of Fox's hit musical/comedy series, "Glee."

It's still in the works, but there's talk Lovato will play Rachel Berry's (Lea Michele) friend and will be connected to the series' new star: Adam Lambert. She and Lambert will reportedly perform songs together.

Expect to see Lovato in Season 5's second episode, which is a Beatles tribute, on Oct. 3.