Make it a Hot August Night with These Indie CD Releases 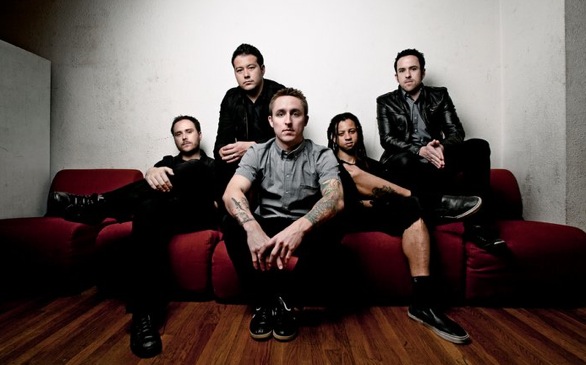 Yellowcard returns with their Ocean Avenue album, this time with acoustics.
(Credit: Facebook.com/yellowcard)

If you’ve already picked a favorite for the season, you may have to change your mind after spinning some of these late summer sizzlers!

Black Water Rising Pissed and Driven (Metalville) – This is only the second time out for BWR, but they’re already veterans at hard rock radio; expect more of that to come courtesy of heavy stoner rockers such as “Dance With the Devil,” “Show No Mercy” and the title cut.

Blue October Sway (Megaforce) – The band is back trying to top 2011’s hit album Any Man in America; if first single “Bleed Out” is any indication, the velvet-voiced Justin Furstenfeld and company will once again be counting sales into the millions.

The Delta Mirror Better Unsung (Lightwave) – Delta Mirror front man Chris Acosta has a quality to his voice that often recalls David Bowie, a penchant for slow gauzy melodies and a tendency to use the sustain effect on cymbal crashes, all of which makes Better Unsung a trippily pleasant listen all the way through.

Moderat II (Mute) – Moderat is comprised of duo Modeselektor and singer Apparat (Sascha Ring), and together they make electronic pop music highlighted by songs like “Bad Kingdom,” a tune propelled by breakbeats and a lush synth cloud that Apparat’s voice dances on.

RocketNumberNine MeYouWeYou (Smalltown Supersound) – Brothers Tom (drums) and Ben (synthesizers) Page are RocketNumberNine, a moniker that they borrowed from outre jazz man Sun Ra. RN9 plays spaced-out jazz too, but they mash it up with understated and ultra-cool electronica.

Serianna Define Me (Bullet Tooth) – Chris Nutting may be a little bit busy promoting his Ghost Apparel clothing line, but he still has time to scream lead vocals for Serianna; a couple of the group’s original members have departed, but the band retains their hard-edged sound here.

Yellowcard Ocean Avenue Acoustic (Hopeless) – A lot has changed since Florida-based Yellowcard hit big with their Ocean Avenue album 10 years ago; singer Ryan Key now lives in the Los Angeles area, and his change of scenery is one of the things influencing this acoustic re-imagining of the breakthrough effort.

Julianna Barwick Nepenthe (Dead Oceans) – Barwick went to Iceland --- in the dead of winter no less --- to record Nepenthe and the spectral “Offing” sounds just like a cold Arctic day looks. “One Half,” on the other hand, finds Barwick thawing out the looped winterscape by adding brief snippets of her own fluttery vocals and the voices of a girls’ choir.

Diamond Plate Pulse (Century Media/Earache) – The metal trio’s new one contains plenty of the stinging guitar, thrashing beats and screaming vocals that fans have come to expect; hear some of the new stuff played live Oct. 19 when the guys take the stage at the Whisky with Death Angel.

Hickoids Hairy Chafin’ Ape Suit (Saustex) – The album title is a shot at the late ’70s folk/pop star Harry Chapin, whose music the band apparently doesn’t care for. Most of the lyrics here are just as silly as those in Chapin’s “30,000 Pounds of Bananas” but the Hickoids deliver theirs with cowpunk fury and cleverness.

Willy Mason Carry On (Communion) – Not unlike Mumford & Sons, Mason is from the U.K. and fascinated with the Americana sound. With offerings like the haunted “What is This,” the Hank Williams-meets-Peter Gabriel “Talk Me Down” and the loping dub-country of “Restless Fugitive,” it’s his fans that will soon be fascinated.

The Horse’s Ha Waterdrawn (Fluff & Gravy) – Janet Bean of Freakwater fame and James Elkington of Skull Orchard are the Horse’s Ha, and this only their second release in a decade finds them working in a folk/pop vein, sounding like an Ian & Sylvia for the 21st century.

Pat Todd & the Rankoutsiders 14th & Nowhere (Rankoutsider) – Todd was behind the mic for a couple of decades with famed L.A. band Lazy Cowgirls. Now, the man with John Hiatt-on-speed vocal stylings is back with a third Rankoutsiders effort packed with fast guitar-oriented rave-ups custom made for scuffing up the barroom dance floor.

Ghost Wave Ages (Flying Nun) – “Country Rider” has an extended intro featuring jangling guitars that sounds like R.E.M., but a minute later the band is Brit-popping sublimely, all of which is very interesting considering Ghost Wave are from neither Athens, Georgia or Avon, England; they’re from Auckland, New Zealand. Catch them live at the Culture Collide Festival this October.

Ministry Enjoy the Quiet – Live at Wacken 2012 (UDR) – Their Relapse album had only been out a few months when this show from Germany’s big metal festival took place in 2012. Here, you’ll hear scathing live takes on that album’s “Ghouldiggers” and “99 Percenters” along with longtime favorites like “New World Order (N.W.O.) and “Just One Fix.”

Polly Scattergood Arrows (Mute) – With her breathy vocals and a penchant for lush synth melodies Scattergood sets a tone reminiscent of Kate Bush, especially noticeable on the delicate and strings-enhanced “Machines.” Not as wordy or “out there” as much as Bush though; songs like “Disco Damaged Kid” offer tales of heartbreak that are not too hard to figure.