Lady Gaga vs Perez Hilton: Gaga Tells Her Little Monsters to Stand Down 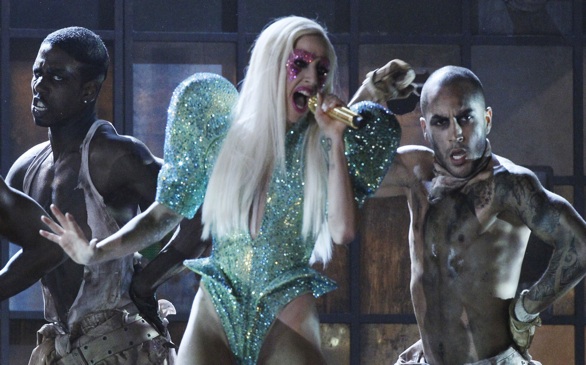 Lady Gaga and Perez Hilton have been going at it via social meda, and now her fans are involved.
(Credit: Robert Gauthier/Los Angeles Times/MCT)

Following the aftermath of the heated and very public Lady Gaga vs. Perez Hilton feud, Gaga has released a statement on her Born This Way Foundation Tumblr page, urging her fans to stay away from threatening, bullying and using abusive and hateful language, especially via the Internet and social media.

"I know how angry you feel sometimes, and I know that when they say things about me you feel that they are saying them about you as well," writes Gaga.

She continues, "I ask you to take a pledge with me to continue the change toward positivity, and to recognize that this behavior is wrong. We are stronger than this. We know what we stand for, and what we stand for is bravery...the anonymous nature of social media has made it easy for many to vent their anger by bullying others with no recourse or accountability. But this is not a healthy way to handle your emotions."

Gaga is referring to the death threats Hilton has received on Twitter after she publicly tweeted Hilton to stay away from her, claiming he was stalking her at her home in New York. In retaliation, Hilton posted a "Statement on Lady Gaga's Lies," claiming he was only house hunting when he was viewing Gaga's building and said her allegations were defamatory.

The two went back and forth on Twitter, with Gaga calling Hilton a liar and Hilton implying that Gaga is cruel. He tweeted, "The REAL Lady GaGa is very VERY different from the one you pretend to be publicly. And that's the truth, on my dead dad's grave!!!

From there, things got pretty scary for Hilton.

Gaga's fans (aka her Little Monsters) sent out horrible tweets to Hilton, threatening to kill and kidnap his baby, asking Hilton to kill himself and calling Hilton and his son pigs.

Hilton tweeted, "I can't sleep. I am literally sick to my stomach. Not playing any ... games here. I am afraid for my ... safety and that of my son."

With the release of Gaga's new statement condemning bullying, hopefully Gaga's Little Monsters will withdraw their fangs, stop the death threats and let the two work out their disagreement on their own.

What are your thoughts on this Lady Gaga vs. Perez Hilton feud? Leave your comments below!