Trivia Quiz: Get into the fray with The Mortal Instruments: City of Bones 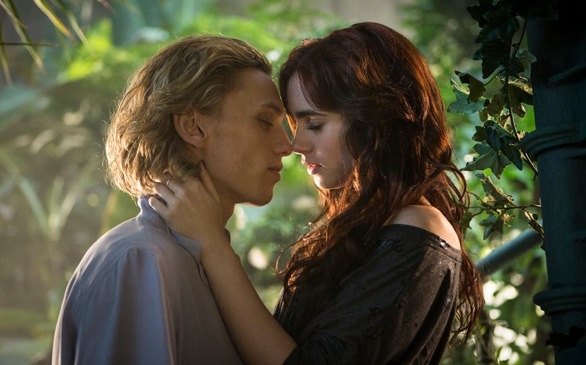 In the last several years, the box office top 10 has been crammed with movies based on young adult novels, most notably the Harry Potter, Twilight and Hunger Games franchises. The Mortal Instruments: City of Bones, the first installment in Cassandra Clare’s The Mortal Instruments series, aims to be the next franchise to find success on the big screen.

The film revolves around Clary Fray (Lily Collins), a New York City resident who is on a quest to save her mother (Lena Headey) after she is captured by a demon. In her quest, it is revealed that Fray is from a long line of “Shadowhunters,” a group that tracks down and kill demons. With a large fan base already in place and a story that offers something for everyone, don’t be surprised if The Mortal Instruments: City of Bones emerges as one of the biggest hits of the summer. Jump into the Fray (pun intended) with this quiz on the cast and crew of The Mortal Instruments: City of Bones, in theaters starting Aug. 21.

2. Jonathan Rhys Meyers, who plays Valentine Morgenstern, and Aiden Turner, who plays Luke Garroway, appeared together in the first episode of which Showtime series?

3. Director Harald Zwart’s most recent film was a remake of which movie originally released in 1984?

D. A Nightmare on Elm Street

A. Alice in Wonderland

B. Sweeney Todd: The Demon Barber of Fleet Street

C. Charlie and the Chocolate Factory

5. Lily Collins, who plays main character Clary Fray, made her big-screen debut in which 2009 movie that earned an Oscar nomination for Best Picture?

A. A Serious Man

D. The Blind Side