Many Fans Not Happy About Ben Affleck's Role as Batman 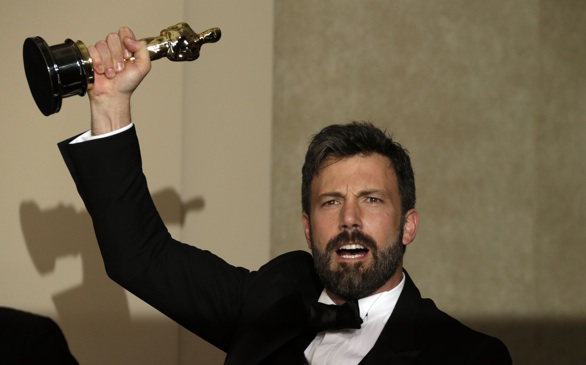 It seems that all is not forgiven for Ben Affleck's 2003 role in Daredevil, as people are furious with Warner Bros.' decision to cast the Academy-Award winner as Batman in the upcoming sequel.

People have expressed their displeasure of the news that Affleck will play Batman in director Zack Snyder's sequel to Man of Steel. Thirty different petitions have popped up on Change.org, urging Warner Bros. to drop Affleck as the superhero; news sites and critics are declaring outrage.

Why so much discord? Here's one big reason: Affleck's role in Daredevil. His performance sparked many to express dissatisfaction and disappointment, and now people don't think he will be able to follow in Christian Bale's footsteps.

Still, some argue that Affleck has improved as an actor with films such as Argo and Hollywood Land, and will do a good job as the Caped Crusader.

Will Affleck rise like a true superhero, battle the criticism and negative feedback to prove the evil haters wrong? Or will he (again) fail to impress us with his superhero portrayal? Only time will tell.