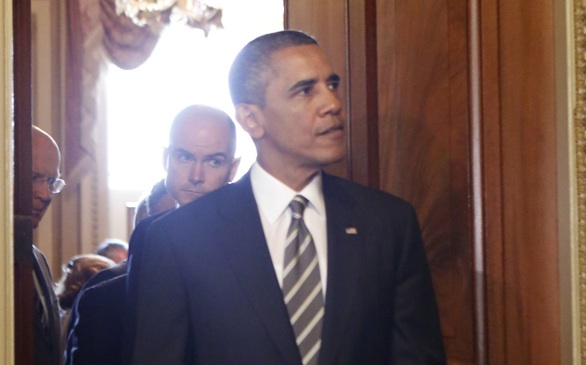 President Barack Obama's proposal Thursday to rate colleges based in part on affordability and future earnings potential is drawing a mix of optimism and trepidation in local higher-education circles, with some saying federal officials must try to rein in spiraling tuition costs and others nervous about a government-imposed rating system.

The accountability plan, which the president wants implemented before the 2015 school year, would rank similar colleges against their peers, and students who go to highly rated schools would get more federal aid than their lower-rated counterparts.

Orange County Board of Education trustee John Bedell expressed grave doubts about the proposal, comparing it to such K-12 reform efforts as the much-maligned federal No Child Left Behind accountability system and Obama's competitive Race to the Top reform grants that many applicants, including California, did not win.

"It's strains of what has not worked well for the K-12 community," said Bedell, a Cal State Fullerton professor emeritus of sociology. "I support increasing college graduation rates, but you have to be very careful or you could end up with grade inflation."

"Student loans are just out of control," said Conley, a commissioner for the California Student Aid Commission. "There still needs to be so much more done to educate parents and students about the total costs of higher education."

Obama is vowing to rein in the cost of higher education at a time when more than half of U.S. undergraduates rely on federal aid and total student debt has climbed above $1 trillion.

In a speech Thursday at the University of Buffalo in New York, where he unveiled his reforms, Obama called the rising costs of a college education "a barrier and a burden" for middle-class families.

"Colleges are not going to be able to just keep on increasing tuition year after year, and then passing it on to students and families and taxpayers," Obama said.

Average tuition costs at four-year public colleges have more than tripled over the past three decades, according to Obama administration estimates. The average student loan borrower graduates over $26,000 in debt.

Obama will be able to enact some of his proposals through the U.S. Department of Education -- which administers the federal student aid program -- but he also would need to seek legislation in Congress.

Among Obama's reforms is a plan to more tightly monitor federal-aid dollars flowing to schools. To prevent waste, Obama has proposed requiring colleges with high dropout rates to dole out federal aid over the course of a semester, so the federal government isn't paying for time a student isn't in class.

U.S. Education Secretary Arne Duncan said the Obama administration wants to "understand who is doing a good job and who is not and start to move financial aid, move resources, toward those universities that are serious about this mission."

Some local education leaders said they're concerned with the president's one-size-fits-all approach to reforming higher education.

An undergraduate education is not simply about moving in a linear, expeditious fashion toward a four-year degree and a good-paying job, but also about developing and discovering one's intellectual curiosity and personal interests, said Peter Krapp, UC Irvine's chair-elect of the Academic Senate faculty governing body.

"Anything that overspecializes and pigeonholes education, I would regret," said Krapp, a professor of film and media studies. "But I understand that there can be more reporting and transparency of it."

Cal State Fullerton senior Dwayne Mason Jr., 23, said students could benefit from a government-sponsored ratings system that would offer them authoritative, clear information about the costs of their investment.

But, he added, a lower rating wouldn't necessarily deter a student from enrolling in a particular college.

"Students make a more cumulative, more broad decision, based on programs the college offers, different involvement opportunities -- all of those things have to be considered," said Mason, vice president of university affairs for the California State Student Association governing body.

Obama's proposed ratings system, he added, "is not a need. It's an added tool to the arsenal."