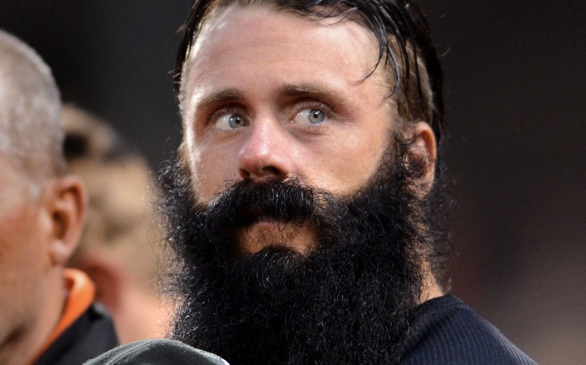 Brian Wilson, a former SF Giants, has a beard that's out of this world.
(Credit: Karl Mondon/Contra Costa Times/MCT)

When asked if he would shave his beard for $1 million, Los Angeles Dodgers pitcher Brian Wilson said, no - "the beard is going with him to the grave."

Wilson, formerly of the San Francisco Giants, was offered a large sum of money to shave his beard by a razor company, according to Radar Online. The company, 800Razors.com, was hoping that Wilson would become a brand ambassador for them.

TMZ stated that "the crew over at MVP Sports Group tells us they never took the razor company's offer seriously because Brian refuses to even trim his trademark..."

It looks like the beard is here to stay...As Giants fans used to say, "Fear the beard!"