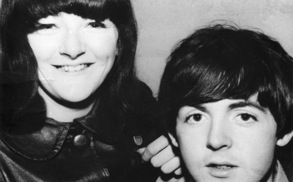 I don’t know that much about The Beatles. In my household, the only ‘60s/’70s bands we played were the Temptations, Diana Ross and the Supremes, and others. So, when I sat down to watch Good Ol’ Freda, a documentary about The Beatles and their secretary, I expected to be clueless and bored out of mind.

However, what I got was an incredibly funny, interesting, behind-the-scenes story of one the world’s most iconic band and a woman who was there since the beginning.

Good Ol’ Freda is the story of Freda Kelly, the secretary to The Beatles for 11 years (even though history notes that the band was only together for 10). Freda was there when the band first started playing at The Cavern in Liverpool until they decided to break up in 1970. In this documentary, Freda tells us about her personal relationships with the band members and what it was like to be a part of the legendary band’s career.

As The Beatles’ secretary, Freda was in charge of the band’s fan club. She answered hundreds and hundreds, thousands and thousands of letters for each band member every day. Freda made the boys sign autographs to send to the fans, and she even went as far as gathering a lock of hair or a piece of a band member’s clothing when the fans requested it. Freda even wrote a monthly newsletter for the fans that detailed what was going on in Beatles’ news. Her devotion to the band is evident but so is her connection to the fans; Freda deeply cared because she considered herself one of them.

Watching this documentary, you’ll see that Freda is a likable person. In her interviews, you can tell that she is extremely loyal to the band: she refuses to get into great detail about whether or not she dated a member of The Beatles (“That’s private,” she says with a sly smile and a laugh), she tells the camera that she was never interested in cashing in on her stories about The Beatles by going to the press, and throughout the film she doesn’t say one negative thing about them – not one.

The documentary does a great job of capturing Freda’s personality, and it’s easy to imagine what she was like as a teenager when she first started working for The Beatles - she was shy yet not afraid to speak her mind, maybe giggly but serious about her work. Freda laughs when she answers the question if she ever had a crush on George Harrison, Paul McCartney, John Lennon or Ringo Starr. She explained it varied on the day and depended on if one of them said something funny, offered her a ride home, gave her a compliment, etc. Such a typical teenage girl.

Good Ol’ Freda does a good job of giving us a glimpse of Freda’s relationship with each of The Beatles, their families and her own father. However, I found myself wanting to know more about Freda’s family towards the end of the film. Somewhere along the line, Freda fell in love, got married and had two children. The documentary shows us pictures and explains that when Freda resigned from her position with The Beatles, she did so to focus on her family and have a “normal” life…yet, I crave more details about her love life. How did she meet her husband when she was busy being The Beatles’ secretary? How did they fall in love? How did her husband feel about her working so close with the band? All of these questions remain unanswered.

Even though the documentary doesn’t answer all of my questions, it does a great job at drawing out emotions. As I stated before, I have no connection with The Beatles, but when the film arrives at the part when George Harrison and John Lennon pass away, I couldn’t help but get teary-eyed. The film doesn’t stay on this subject too long, but it was long enough to see Freda shed a few heartbreaking tears.

If there was ever a documentary that surprised me, it was this one. Not only did I get a crash course in The Beatles’ history, but also I learned about the story of an incredible, private yet admirable woman.

Good Ol' Freda opens on Sept. 6 at Sundance Sunset in West Hollywood and will also be available on VOD and iTunes.

Meet FREDA KELLY and director RYAN WHITE @ THE SUNDANCE SUNSET on Sept. 6th and 7th for a Q&A following the 7:30 p.m. show.