How to Kill a Vampire: Fangs in Folklore, Film and Fiction 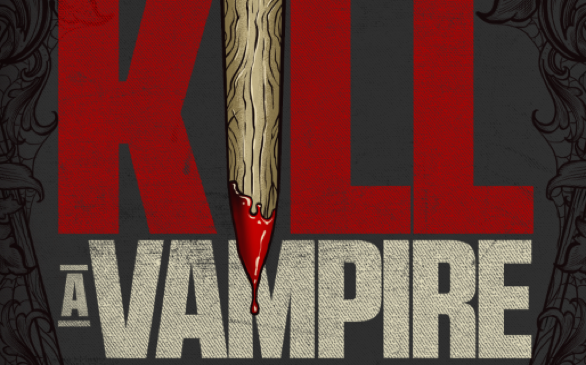 How to Kill a Vampire is Liisa Ladouceur's third book.
(Credit: Facebook.com/pages/Liisa-Ladouceu)

This book traces the evolution of vampire lore from the earliest known folklore through to the current pop culture fascination with the bloodsucking undead.

One of the first things that Liisa Ladouceur reveals is that science has now provided explanations for some of the conditions that were attributed to vampires hundreds of years ago; disinterred corpses found to be bloated and have blood in their mouths were not vampires but merely regular dead people showing the effects of gas created by decomposition and blood pooled by good old gravity.

The notion of vampires in fiction first came about with the publication of John Polidori’s short story The Vampyre in 1819. Ladouceur tracks how writers gave vampires new traits (they can’t cross flowing water, have to be invited in, etc.) to suit their imaginations as the legend evolved with the work of Bram Stoker (Dracula) and through to the "Twihard" world and current TV shows like "The Vampire Diaries."

As the book’s title suggests, a major theme here is how to get rid of a vampire and Ladouceur thoroughly explores the stake-driving, garlic waving, holy water dousing alternatives (cut their heads off and burn them is always a good one!) Slayers from Van Helsing to "Buffy" are discussed, there’s a list of suggested reading and viewing, and there’s a real good explanation as to why you probably don’t want to buy a “vampire killing kit.”

One of the most fun segments of the book is a look at folklore concerning vampire beliefs from around the world. In Poland, it was believed a baby born with teeth was destined to eat the whole family unless the teeth were yanked at birth. Bulgarian folklore calls for persons who smoke or drink during Lent to be reborn as a vampire. Perhaps most scarily, in Hungary the vamp known as a “liderc nadaly” has the power to kill with sex.

The factual information here is presented in a light-hearted way and that makes for a fun and fast read that, unlike the characters found within, doesn’t suck.