So How Often Do College Students Really Sext? 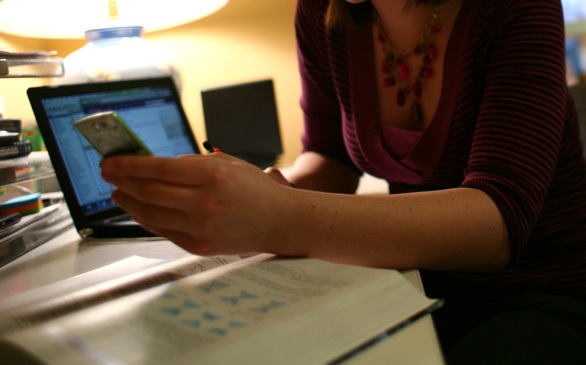 College students are sexting, but not as often as you might think.
(Credit: E. Jason Wambsgans/Chicago Tribune/MCT)

You know how it goes: girl meets guy. Guy asks for girl's number. Girl and guy start texting back and forth, and somewhere down the line, guy asks girl to send a racy photo. Or guy and girl send each other steamy messages. This flirtatious form of texting is called sexting.

Teens and college students are no strangers to sexting. Whether it's swapping scantily clad photos of themselves to their significant other or someone that they like, males and females both participate in the phenomenon.

However, how often do they really sext?

According to a survey done by Indiana University, most college students sext fewer than three times a month. However, more men than women said they sexted. In fact, the study suggests that men are much more optimistic when it comes to sexting, while women associate sexting with negative feelings.

One USC student who was in a relationship told Campus Circle, "...sexting helps us keep the fire in our relationship. Since we can’t be together, you know, physically, we have to find some other way to be intimate.”

This student and others share the same opinion that sexting isn't really that bad, as long as people are smart about it. Furthermore, the Indiana University study concluded that the overwhelming opinion of both genders was that sexting isn't what the media makes it out to be.