Jay Nash: The Music Speaks for Itself 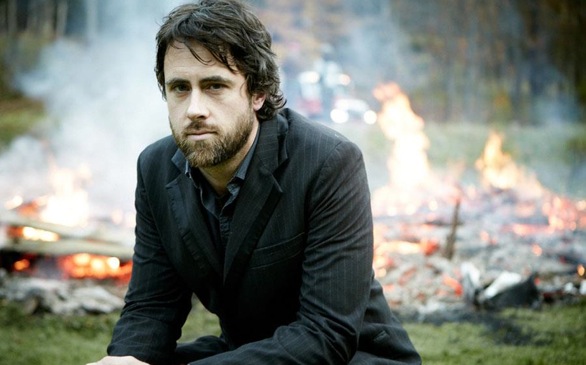 Talking on the phone with the multi-talented Jay Nash, the conversation flows easily from the very beginning. Calling himself a "dumb kid" with a dream demonstrates how self-deprecating and charming Nash can be. But this "dumb kid" has grown into a cool guy with tons of talent. It goes without saying that Nash has some sound advice for other future "dumb kids" who are crazy enough to work hard and make their dreams come true.

Campus Circle: How would you describe your music?
Jay Nash: Generally speaking, I try to avoid describing it. But I guess it falls somewhere in the realm of Americana, alternative and folk rock. I was definitely influenced by Cat Stevens, John Coltrane, Charlie Parker and the Grateful Dead.Today, I listen to Radiohead and Wilco.

CC: Are you just a singer? Do you write songs, produce music, play an instrument, etc?
JN: I do all of the above. I feel that part of a well-rounded creative life is doing all of that stuff as well. In recent years, I’ve been producing records for other bands. Last year, I started composing music for TV commercials. I’ve also done a bit of composing for film, too.

CC: How did you get your start in the music industry?
JN: Well, I was a dumb kid with a dream. I finished college, and I decided I didn’t want to be an engineer.  I packed up my belongings and spent time in NYC. I was performing on subway platforms and any bar that would have me. That eventually evolved into having the privilege of making music with many talented people. Now, I’m touring close to 200 shows a year and performing four or five nights a week.

CC: Who are you currently working with to produce this awesome sound?
JN:  I work with a guy named Bill Lefler who developed the sound. Bill Lefler is a great producer who has produced things with talented artists such as Ingrid Michaelson and Gym Class Heroes. Bill comes at music from a different angle than I do. He comes from prop/rock, and I come from American roots. We find interesting ground together.

CC: Are you signed to a label?
JN: No, I’m not signed to a label. I would never say never with the idea of a label’s support. But the music I play is not totally mainstream or commercial. There are a lot of great labels like Lost Highway, but it’s not a huge motivator for me. I’m fortunate to make the records I want to make. Being fully independent is not easy, but the benefits outweigh the challenges. I have artist control. I don’t have to go into the studio with the idea of hit record; I can go into to studio and record what inspires me. I feel fortunate and blessed to be in such a good place.

CC: Any obstacles that you’ve had to overcome?
JN: When I first moved to L.A., I had communication with a major music label. I thought they would sign me, I would be a rock star, and I wouldn’t have to worry anymore. Obviously, they didn’t sign me. It was my first big no. That no forced me to think: I’m going to learn to be a better musician and learn the business better. This allowed me stability in my career that’s unusual. I’ve seen so many bands or people get signed, dropped or trapped in legal battles because they are trying to get out. I’m glad I didn’t have to experience it...it forced me to be a better musician.

CC: Who would you like to collaborate with in the future?
JN: It’s unusual, but I would love to do a collab with Trey Anastasio from Phish. I’m a big fan and would love to see what would happen if we made music together.

CC: Where do you see yourself 10 years from now?
JN: Hopefully doing the same thing on a bigger scale. I would love more opportunities to compose music for major studio films. The work I’ve been doing for TV and cool little art projects forces me to step outside of my creative surroundings. I’d be very grateful for more of that.

CC: Any advice for college students who wish to pursue a career in music?
JN: Anyone who’s starting out in music…the most important lesson I’ve learned is to surround yourself with people who inspire you and tell the truth in business, life and art.

CC: Where does inspiration from songwriting come from?
JN: I think it’s a reflection or collage of my own experiences and the stories I witness in my life. It can come from anywhere. It can be something inspiring or traumatic. On the last record, I wrote a song about a newspaper headline with the story about a guy who drove up in a taxicab, stole a painting and had a taxi driver take him to the wine country. I look for a mystical something that connects people and transcends social boundaries. I’m always trying to find that kind of connection.

For more on Jay Nash, go to jaynash.com.