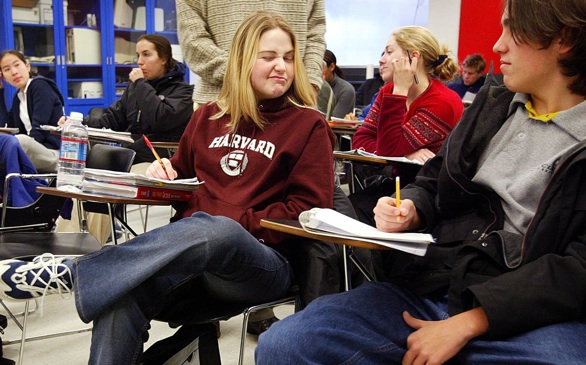 Harvard University is No. 2 on the rankings; however, does it really deserve that spot?
(Credit: CARL JUSTE/MIAMI HERALD/MCT)

The debate over how colleges should be ranked in the United States has been heard over and over again, especially during these last few months. President Obama even proposed that we completely change the way we rate colleges by looking at different such as graduate rate, admittance of low-income students, etc.

On Tuesday, U.S. News released its 2014 college rankings; however, CBS News came up with reasons why we should not pay attention to this ranking system:

1. The college rankings hurt low and middle-income students - Private and public colleges try to appeal to U.S. News' college rankings by devoting more of their money to students with higher test scores, grade point averages and class rankings. They do so by putting money into scholarships for these "affluent" students at the expense of students who actually need the financial help.

2. The rankings ignore job prospects - U.S. News doesn't look at whether or not these colleges actually have graduates who have landed jobs upon completion, which is something that every student should consider when picking a college.

To find out the other reasons on why we should ignore U.S. News' college rankings, read the CBS News article by clicking here.