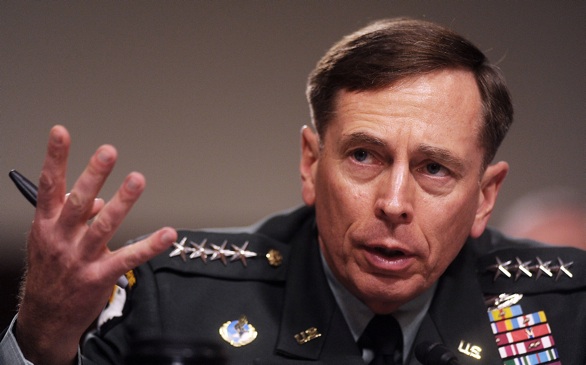 Petraeus supposedly took the teaching job to clean up his image after his extramarital affair.
(Credit: Olivier Douliery/Abaca Press/MCT)

David Petraeus was greeted by a not-so-happy group of students on his first day of class at the City University of New York (CUNY).

Student activists harassed the former CIA director as he was reportedly making his way to teach his class at CUNY's honor college. They called him a "scumbag," "piece of sh**," "war criminal" and other offensive terms. Petraeus did not respond to any of the protestors, but he did run across the street in an attempt to get away from them, which resulted in a large bus honking at him and a few of the students.

Petraeus' class is at CUNY honor's college is called, "Are We on the Threshold of the North American Decade?"