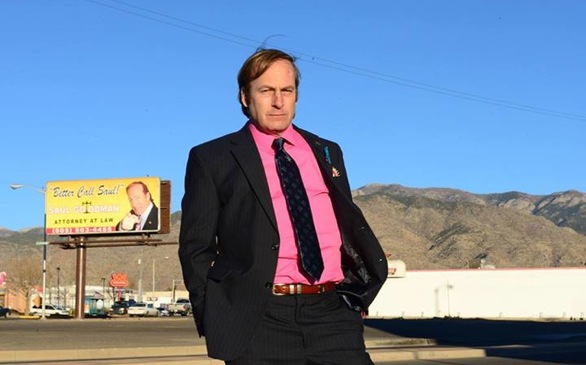 Ever wondered more about Saul's story? Well, now you will be able to soon.
(Credit: Ursula Coyote/AMC via Facebook.com/BreakingBad)

"Breaking Bad" fans thought they would have to say goodbye to their favorite characters once the Sept. 29 finale airs; however, that is not the case. Fans can see more of Saul Goodman in "Breaking Bad" spin-off, "Better Call Saul" on AMC.

AMC and Sony Pictures TV announced Wednesday that "Better Call Saul" will be a prequel to "Breaking Bad" and will follow actor Bob Odenkirk's dirtbag lawyer role. In a prepared statement, the networks said, "Plans call for Saul to be a one-hour prequel that will focus on the evolution of the popular Saul Goodman character [played by Bob Odenkirk] before he ever became Walter White's lawyer."

Are you going to tune in to watch "Better Call Saul"?