Summer Movie Hits and Misses: A Look at the Films and How They Scored 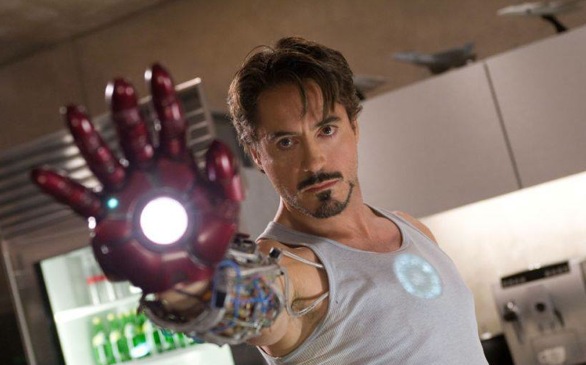 Iron Man 3 was the clear winner in the 2013 summer movie race.
(Credit: Marvel via Facebook.com/ironman)

The summer movie season is over, and the box-office figures signal a success at $4.76 billion spent to see movies that opened between the first week in May and the Labor Day weekend.

That's not only the best-ever total, but it's also better than the last couple of years by multiple percentage points. The 583 million tickets sold this season was the most since the summer of 2007, according to boxofficemojo.com.

So why does the movie season this summer seem like such a bummer? Perhaps because for all of the winners, there were plenty of losers, and some like The Lone Ranger made headlines because they lost so much (money, power, prestige).

Another key point: This summer offered several good, fun movies. Great ones? No.

Iron Man 3: The No. 1 movie of the year at $408 million in domestic box-office (and a staggering total of $1.2 billion worldwide) kicked off summer in May by pulling in fans still gushing from their adoration of last summer's The Avengers. In that sense, it's a triumph of marketing as well as a good thrill-ride.

Animated movies, if from Pixar or starring minions: Monsters University was lesser Pixar, but this brand beloved by parents still rang up $265 million (and more than $720 million worldwide). However, the Minions were the biggest hit when Despicable Me 2 opened for the July 4th holiday and charged to $357 million (No. 2 for the year) and a worldwide total of $832 million. The Minions get their own movie in December 2014.

World War Z and Brad Pitt: Forget all those stories about script problems and re-shoots, because the changes worked for this thinking-man's zombie movie, with Brad Pitt knowing he had a good movie and going to regional screenings to promote it to the public. It has swarmed its way to more than $200 million domestic/$536 millon worldwide, and a sequel is being explored.

Fast & Furious 6: These fun fast-car movies with the multicultural ensemble casts are on a roll, growing in popularity each time out in recent years ($238 million/$788 million worldwide this time), and they are speeding up production to release No. 7 next July.

Man of Steel: Audiences didn't fall in love with this version of Superman (a huge opening weekend, followed by a swift decline), but they liked it enough ($290 million domestic/$657 million worldwide) to get people excited about a sequel scheduled to feature both Superman and Batman.

R-rated comedies: There are two formulas in this category that are working right now: an R-rated comedy starring a foul-mouthed Melissa McCarthy (The Heat follows her success in The Identity Thief in the spring, making nearly $300 million between them), and an R-rated comedy with Jason Sudeikis and Jennifer Aniston from Warner Bros./New Line, with the "That's so wrong!" raunchiness of We're the Millers ($123 million and growing) following in the Horrible Bosses mold.

Now You See Me: The magician movie with the swell ensemble cast (Jesse Eisenberg, Mark Ruffalo, Morgan Freeman and many others) seemed more like counter-programming in May, but it worked the trick for audiences and found a good opening day opposite the bomb After Earth. People worldwide found magic in the movie, which cost $75 million to make and has grossed $317 million worldwide.

Low-budget horror: Some movies know how to market themselves, like The Purge (budget of $3 million, domestic gross of $65 million) with its tagline: "One night a year, all crime is legal." Then there's the social media campaign for The Conjuring, the $20 million movie that has grossed $260 million worldwide. It stars Patrick Wilson, who also appears in the low-budget horror Insidious Chapter 2, expected to be No. 1 this week.

All other animation: If you weren't Pixar or featured Minions, you were out of luck. That means Epic, Turbo, Planes and Smurfs 2, which combined to make this summer more full of animated movies than ever, were part of a plan that ultimately showed these movies cannibalizing each other for business.

The Lone Ranger and Johnny Depp: The movie was a mess, and it lost a fortune. It killed a potential franchise and its star came out to say that it was the fault of critics who (apparently at the annual meeting?) collectively decided that they hated the movie before even bothering to see it. That makes Depp the equivalent of school in summer: no class.

The Hangover Part III: The first movie was hilarious, the second movie an unimaginative joke, and in this one the Wolf Pack was going through the motions, with the actors counting their money. Its biggest accomplishment, at $112 million made in the U.S., was in grossing less than half of either of the first two films.

After Earth: Will Smith makes a science-fiction family home movie with his son, Jaden, with overtones of Scientology and directed by M. Night Shyamalan. That just had success written all over it, didn't it? A mega-bomb.

R.I.P.D.: You know who wants to see Jeff Bridges and Ryan Reynolds in what looks like a Men in Black rip-off? Nobody, that's who. That hurts with a budget of $130 million and only $33 million at the box-office.

The Mortal Instruments: City of Bones: Not every young-adult book series is going to become The Hunger Games, and the latest to crash is this gooey glop of goofiness that only 12-year-old girls who think love triangles are the height of originality could embrace for its teen heroine and taut young boys in even tighter leather outfits.

Summer movies 2014: Watch for these

THE AMAZING SPIDER-MAN 2 (May)

Andrew Garfield returns as the young web-slinger, this time facing two villains - the Rhino and Electro - while challenged to keep his distance from his love, Gwen Stacy (Emma Stone).

X-MEN: DAYS OF FUTURE PAST (May)

If you liked the new cast in X-Men: First Class, and you still love the original X-Men cast, this is your dream come true: Both casts show up in this edition with a time-travel twist.

THE GOOD DINOSAUR (May)

Tulsa's Bill Hader lends his voice to his first Pixar movie in this tale of a world in which humans have never existed and dinosaurs still rule the land.

These sequels have to arrive quickly, or Channing Tatum and Jonah Hill will no longer pass for police officers going undercover as high school students. As if they did in "21 Jump Street."

HOW TO TRAIN YOUR DRAGON 2 (June)

The sequel finally arrives for the surprise animated hit, with Jay Baruchel back as Hiccup, Gerard Butler as his father (Stoick the Vast, love that name) and Craig Ferguson as Gobber.

Mark Wahlberg takes the lead in the fourth film in the franchise, when a mechanic makes a discovery that puts Autobots and Decepticons at war on Earth again.

You've heard Aurora's side of the story, but what about Maleficent? Angelina Jolie portrays one of Disney's great villains, telling what happens before Sleeping Beauty.

In a revenge tale, Jason Statham joins the chase as the brother of the fast-car criminal that the gang took down in the last movie. The ensemble reunites for another ride.

GUARDIANS OF THE GALAXY (August)