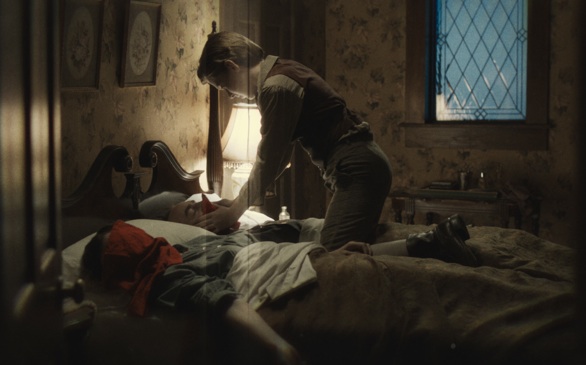 Lila and her twin brother Elio have a strong connection in Una Noche
(Credit: Sundanceselects.com/films/una-noche)

Spike Lee and director/writer Lucy Mulloy’s Una Noche gives audiences an inside look into the lives of young people living in Havana, Cuba. Where many tourists view the country as the perfect destination spot, the young and poor see it as a hopeless, oppressive place; they’re desperate to find a way out.

Lila (Anailín de la Rúa de la Torre) and her twin brother Elio (Javier Núñez Florián) live with their parents in sun-bleached Havana. Lila, a strong-headed girl who’s not afraid to voice her opinion, is very close to Elio – she almost always knows exactly what he’s thinking. When Elio takes a job working in a kitchen, he befriends Raul (Dariel Arrechaga) a young man with dreams of leaving the poverty-stricken city and traveling to Miami, Fla. in hopes of having a better life.

When Raul gets into trouble that involves the police, he begs Elio to accompany him on their makeshift raft and row 90 miles to Miami. Torn between leaving Lila and escaping with Raul, Elio is forced to make a life-changing decision. What he doesn’t know is that this adventure will cost him more than he ever imagined.

Una Noche is an intense film. The filmmakers do an excellent job of shining a light on the harsh realities many people experience living in Havana: poverty, prostitution, police brutality, HIV, homophobia and more. Disturbing scenes of the young and old (males and females) having sex for money, employers physically abusing their workers, young people running away from the police – Una Noche doesn’t shy away from any of it.

To illustrate the contrast between “poor Havana” and “tourist Havana,” the film uses a family on vacation. A couple of instances throughout the film, the characters run into the tourist family, and we’re able to see how different the two worlds actually are. It's an excellent comparison.

With shocking twists and turns, Una Noche will have you thinking, “What’s next?” Fraught with tension, the film does a great job of making audiences feel Havana’s sweltering heat as they go through a rollercoaster of feelings: hope, nervousness and desperation.

Una Noche is a film to catch in theaters before it’s too late.

Una Noche is currently playing in theaters. For more information on the film, click here.