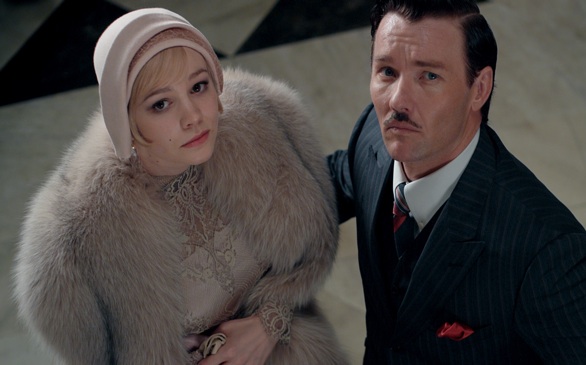 The Majors: Few movies seemed as ripe for failure as The Great Gatsby, an adaptation of the F. Scott Fitzgerald classic directed by Baz Luhrmann and scored by Jay Z, but the unlikely collaborators behind the movie are the perfect pair to depict the Jazz Age, with all the conspicuous consumption it entails. Luhrmann revels in excess, creating one of the best looking films in ages and focusing on the natural melodrama of the story. No film could ever do justice to Fitzgerald's words, but Luhrmann is adept at channeling the spirit of the story. As Gatsby, Leonardo DiCaprio gives his strongest performance in years, free from the heavy-handed touch that marred J. Edgar. Tobey Maguire, Hollywood's least interesting major actor, reverts to the role of passive witness to events that served him so well early in his career. Only Carey Mulligan as Daisy seems miscast. Mulligan may be the most talented actor in the cast, but Daisy is the epitome of vapid beauty, while Mulligan brings a natural intelligence to every role. This may be the only major film in which a third-rate starlet like Blake Lively would have been a far better choice than a justly acclaimed actress like Mulligan.

A vague aura of disappointment surrounds Star Trek Into Darkness, despite receiving positive reviews and earning more than $200 million at the domestic box office. This should have been the film that fulfilled the promise that J.J. Abrams showed with the first film in the rebooted cycle for the series. Despite having all of the elements in place to make the film a rousing success, the film is an enjoyable but somewhat colorless summer blockbuster. Chris Pine, Zachary Quinto and Zoe Saldana reprise the roles for which they are perfectly suited, while Benedict Cumberbatch gets the role as the series' iconic villain Khan. Leaving aside the incongruity of having Benedict Cumberbatch, whose very name marks him as the most English of actors, playing the role made famous by Ricardo Montalban, Cumberbatch's haughty demeanor and rich voice make him an ideal villain. Like Jeremy Irons and Alan Rickman before him, Cumberbatch will never lack for work in Hollywood. This should have been The Dark Knight to the first reboot's Batman Begins, but Star Trek Into Darkness is just pleasant but forgettable.

Iron Man 3 was the summer's champion at the box office, and it's easy to see why the Shane Black blockbuster did so well. Even without the Rat Pack style banter with the other Avengers, Robert Downey Jr. is adept at subverting the over-the-top action through the quips that nearly make a mockery of the entire proceedings. However, the film never descends into a complete joke. The secret to the film is that, in an era that takes comic book blockbusters too seriously, Downey nearly makes a joke of them. No better does the film handle this comic touch than its treatment of the Mandarin, the film's ostensible villain portrayed by Ben Kingsley. Along with Kingsley, Gwyneth Paltrow, Don Cheadle and Guy Pearce bring more to their supporting roles than a comic book movie usually requires.

The Idiot Box: After nearly 25 years deftly moving from popcorn films to serious dramas to experimental low-budget films, Steven Soderbergh retired as a director with his HBO film Behind the Candelabra. If this is the last film Soderbergh directs, which few people expect it to be, he will end his career with one of his greatest works, a television film so good that it earned a spot at the Cannes film festival. Michael Douglas does his best work in decades as Liberace, yet even playing the campiest role imaginable never makes the character into a laughingstock. Matt Damon is even better, aging from a dimwitted pretty boy to a drug-addicted train wreck through the course of the film. Had the film been released in theaters, it would be a top contender at the Academy Awards, but Douglas, Soderbergh and crew will have to be content with a truckload of Emmy Awards this month.

The first season of “Homeland” was a rousing success, but the cat-and-mouse games involving a bipolar CIA agent (Claire Danes) and a military officer brainwashed to become a terrorist (Damian Lewis) become slightly frayed in the second season of the action thriller, which reaches implausibility as it attempts to keep the story going. The cast, which also includes Mandy Patinkin, remains uniformly good, and Danes excels in the flashiest role on television, but what was remarkable in Season 1 feels tiresome in Season 2. Like the earlier series by the show's producers, “24,” this is an example of a great idea that runs its course too quickly, but is kept in motion by a talented cast.