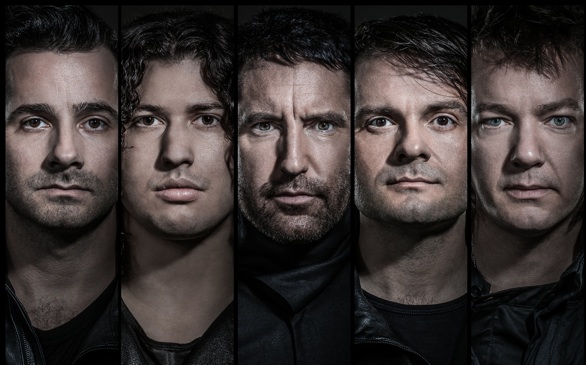 More than five years have passed since Nine Inch Nails (NIN) fans watched Trent Reznor and his sidekicks walk off stage at the Wiltern Theatre in Los Angeles, not knowing when they would perform live again.

Reznor, who remains the band’s only official member to this day, had said months prior to the show that after 20 years, it was “time to make NIN disappear for a while.” But that revelation didn’t mean he was ready to stop making music altogether.

Instead, Reznor kept just as busy — and garnered more commercial success than ever before. With NIN officially on the back burner, he went on to win an Academy Award and Grammy with English composer Atticus Ross for The Social Network and The Girl with the Dragon Tattoo, form post-industrial outfit How to Destroy Angels with his wife Mariqueen Maandig, write the theme music for the video game “Call of Duty: Black Ops II” and collaborate with Josh Homme on Queens of the Stone Age’s new album …Like Clockwork. He’s even formed a digital music service called “Daisy” with Dr. Dre and Beats Electronics in the past year.

Yet, despite all of those recent notches on his belt, Reznor’s most anticipated work up to this point has been NIN’s eighth full-length studio album, Hesitation Marks.

Released this month on Columbia Records, the 14-track LP shows Reznor playing off his cinematic work as he continues to pursue his interests in electronic music and write the poignantly personal lyrics that diehard NIN fans have fallen in love with over the years.

The enigmatic opening track “The Eater of Dreams,” for instance, lasts all of 52 seconds, serving as more of a build-up to the drum machine-heavy “Copy of A” where Reznor proclaims, “Look what you've gone and done / Well that doesn't sound like fun / See I'm not the only one.” It’s this sort of tone that Reznor fans have come to expect since he took the music industry by storm with The Downward Spiral and The Fragile in the mid and late ’90s.

And while Hesitation Marks doesn’t possess the same novelty and fervor those chart-topping albums exhibited well over a decade ago, it still has its moments. “Came Back Haunted” has that radio-friendly sound worthy of being the record’s first single, and it wouldn’t be a surprise if “All Time Low” eventually found its way onto the airwaves thanks to a catchy guitar riff compliments of King Crimson’s Adrian Belew.

Not all of Hesitation Marks hits just the right chords, though. “Disappointed” gets easily lost among Reznor’s other techno-flavored cuts, and the relatively rock centric “Everything” doesn’t have the pizazz that should make it the album’s third single.

Still, it takes a special kind of person who can create danceable music in the face of horror, terror and futility — Hesitation Marks refers to the initial wounds made during a suicide attempt — and Reznor, now a father and sober after years of coping with drug and alcohol abuse, is just that guy.

“Satellite” and “Various Methods of Escape” follow right along that path, as he croons on the latter, “I’ve gotta let go / I’ve gotta get straight / Why’d you have to make it so hard? / Let me get away.” Three songs later, more misery seeps out of Reznor’s lips on “In Two”: “Bleed / Afterbirth / What you're worth / Yes / Yes, of course / It's gonna hurt.”

But NIN’s mastermind doesn’t leave his listeners completely hopeless by the end, calmly stating, “I'm okay / Nothing ever / Stays the same” on “While I’m Still Here” before churning out a few saxophone lines for a surprisingly soothing finish to an otherwise despondent record.