Roger Waters: The Man Behind The Wall 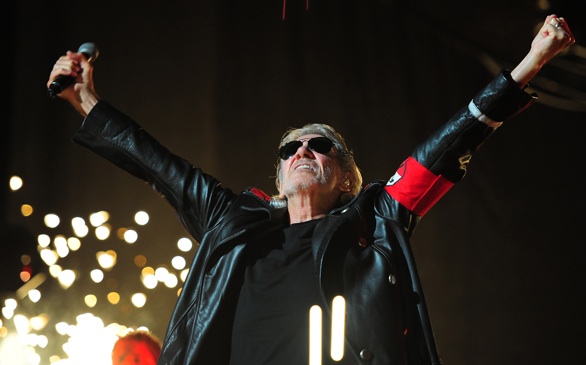 While the surviving members of Pink Floyd may dispute it even today, the band’s massively successful album The Wall is widely regarded to in fact be the first solo album from Roger Waters, Floyd’s bass player and creative head.

The sources of the anger that went into the album are many and Thompson, an accomplished rock biographer, details them well. Waters’ youth came at the height of World War II when England was being bombed relentlessly by the Nazis, including the town Waters lived in. In school, Waters struggled with the tyrannous nature of the English education system, ultimately venting in The Wall’s “Another Brick in the Wall Part 2” via the inclusion of a children’s chorus singing lines such as, “Hey, teachers, leave them kids alone!” Later, Waters would himself join the armed services only to quickly wash out.

Fast forward to Pink Floyd becoming extremely successful, and Waters got rightfully upset at how big business began usurping musical creativity and the fact that his bandmates didn’t seem to care.

Many who have worn out copies of The Wall probably have never given a thought to where the inspiration came from. But for those who have wondered, here’s a thorough explanation of the genesis of all the pent up emotion that came spewing out on the masterpiece. The whole thing proved to be cathartic for Waters; after The Wall, he began a long, slow process of lightening up. While he still keeps a tight rein on things, the joy of creating and performing music has returned to him.

The second portion of the book chronicles Pink Floyd’s recorded output prior to The Wall, more or less album-by-album, showing the band’s musical development and their increasing reliance on Waters. A discography of Waters’ work with and without Pink Floyd is also included.