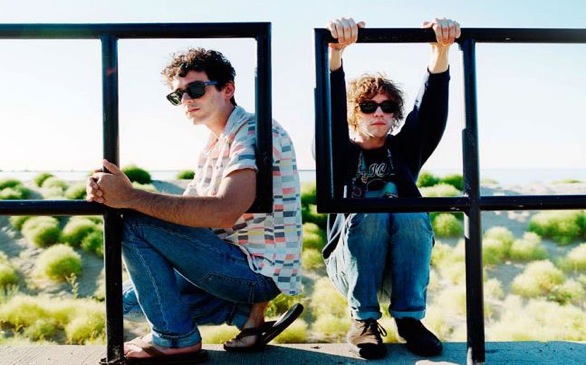 Similiar to the band's second album, MGMT is not as amazing as the first one..
(Credit: Facebook.com/mgmt)

American psyche rockers MGMT are back with their self-titled third album. Prepare to get your mind blown.

The band's follow-up to Congratulations (2010) is just as mind wrecking as its predecessor, but it’s nothing like the much lauded debut Oracular Spectacular (2008). The songs on MGMT are completely scatterbrained and trippy, and the track list doesn't include indie club hits that are similar to “Kids” or “Electric Feel" from Oracular Spectacular.

Opening track “Alien Days” begins with a small child’s voice talking about a “fine time to dine.” To say the song is trippy is an understatement, but it has its charm.

“Cool Song No. 2,” is cool indeed and sounds as if MGMT was channeling Syd Barrett circa Madcap Laughs. Rock drum rhythms, tambourine and synths dance around each other until they get hammered down by droning piano riffs.

“Your Life Is a Lie” comes at you like a Mack truck, hitting you point blank with no warning. With an unforgiving constant cowbell and multiple synths, the constant repetition of the song's title can be overwhelming. Thankfully, it's only 2:06 minutes long.

“Astro-Mancy” is more like one big peyote-induced thought. If you’re into the music of Sun Ra Arkestra or different sounds colliding against each other seemingly without rhyme or reason, this is for you. And no, you probably won’t find yourself twerking across any dance floors.

The album perks up with the trip-poppy “There’s Plenty Of Girls In the Sea.”  “The lifeguard admits his whistle in hand/that it isn’t the muscle, and it isn’t the tan/No, it's whatever you want it to be/There’s plenty of girls in the sea,” they sing. The lyrics of this song are as kooky and puzzling as the ones in “Your Life Is a Lie” and most songs on their previous albums.

MGMT sinks back into a dark psychedelic madness with closing track, “An Orphan of Fortune.”

It may take you a few listens, but if you pretend that MGMT's debut album never happened and are open to a world of whacky musical experimentation, MGMT will grow on you.