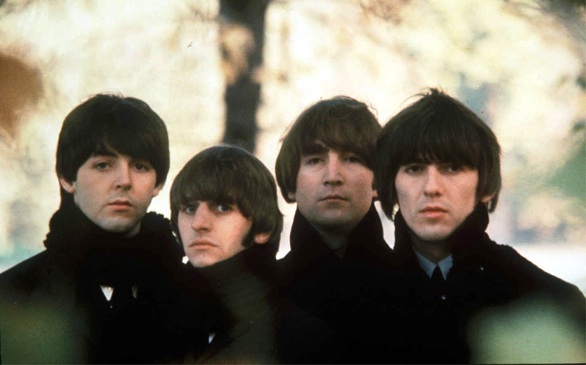 BERLIN RETURNS, UNLEASHES ANIMAL
Terri Nunn, lead singer for famed Los Angeles-based synth-pop band Berlin and host of KCSN-FM’s “Unbound with Terri Nunn” radio program has, after a long hiatus, released a new Berlin album titled Animal. Fans of Berlin oldies such as “Sex (I’m A…),” “The Metro” and “No More Words” will hear hints of the band’s ’80s heyday on some tunes, especially “Stand Up.” Most of the album is heavier EDM geared to today’s pop charts and dance floors. Fans who’ve followed Berlin for a long time may also notice that Nunn now has a much wider vocal range, a result of her having quit smoking.

MONDO ZOMBIE BOOGALOO
Just in time for Halloween fun, here’s a 15-cut compilation of rockin’ spooky songs performed by Los Straitjackets, the Fleshtones and Southern Culture on the Skids. Comprised of both originals and standards, the set list features tunes like “Haunted Hipster,” “The Loneliest Ghost in Town,” “Ghoul on the Hill,” “Goo Goo Muck” and “Theme from Young Frankenstein.” All three bands team up on “Que Monstruos Son.”

BEATLES REIMAGINED BENEFITS ROCK’N’ROLL GIRLS
The music of the Beatles remains one of the most popular sources of inspiration for contemporary artists. Edward Sharpe & the Magnetic Zeros, Night Panther and Jhameel are among those showing some love for the Fab Four on the new various artists compilation Beatles Reimagined. Sharpe and company reinvent “I Saw Her Standing There” while Doom & Gloom cover “And I Love Her,” and Badwolf takes on “She Loves You.” Also contributing to the 10-track compilation are the Well Pennies, Mobley, Feverbody, Leftover Cuties and Adventure Galley. Proceeds will benefit the Rock’n’Roll Camp for Girls Los Angeles.

HALF NOTES
The female-fronted Russian rock band LOUNA, currently touring behind their new release Behind a Mask, is set to play the Anaheim House of Blues on Oct. 10 and the L.A H.O.B. the following day.

Seattle’s CAMILLE BLOOM has a new one called Big Dreams dropping in November, and she’ll preview the new music with an Oct. 7 show at Genghis Cohen.

CHARMING LIARS are originally from the U.K., but the Brits now live in Los Angeles; fans can check out their sound via their just-released four-song E.P. New Disorder.

It’s taken them 17 years, but the iconic L.A. punk band THE LAST has reformed; the release date hasn’t been firmed up yet, but watch for their new album Danger this fall.

R&B/pop vocalist KELELA, already popular on the local underground scene, is making a move into the spotlight with her debut mixtape, Cut 4 Me. Featuring production by the likes of Kingdom, Girl Unit, Bok Bok, Napolian and Morri$, the effort drops on Oct. 1 via Fade to Mind.

FUZZ is Ty Segall, Charles Moothart and Roland Cosio, and the self-titled debut from the new heavy rock outfit is due on Oct. 1.

Pianist and songstress BANKS has just released a four-song sampler called London EP; the L.A.-based artist is currently on her first-ever nationwide tour.

TEE PEE RECORDS has teamed up with new skateboard company 1939 to offer boards with old school shapes, featuring designs honoring bands Graveyard, Earthless, Witch, Doomriders and High on Fire. Only 200 of each design will be made; details at www.1939skates.com