sleepmakeswaves: ...and so we destroyed everything 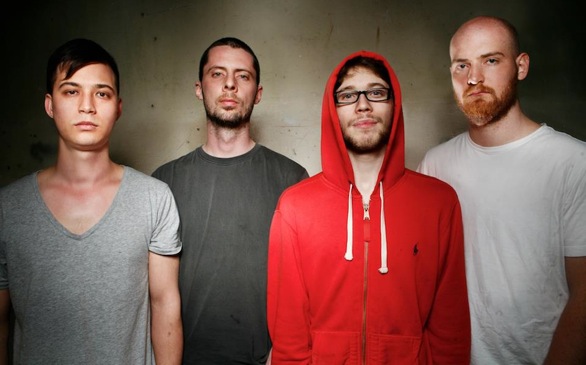 Australian post-rock quartet sleepmakeswaves (the band prefers lower case for their name and songs) is the new instrumental group to notice.

The foursome’s 2011 first full-length …and so we destroyed everything (following an initial EP release) was nominated for an ARIA (the Australian equivalent of a Grammy), and the album is now available stateside, via the Monotreme label, with a bonus, nine-track remix record (titled ...and then they remixed everything).

A comparison to post-rockers such as Mogwai or Sigur Rós is apt, since sleepmakeswaves uses a typical soft/loud approach, soaring guitar lines and an expansive, cinematic scope. The difference, though, is tightly structured arrangements which often employ ample melodies, such as digitally curling “our time is short but your watch is slow” and atmospherically-aligned “(hello) cloud mountain.” Throughout, the band embraces acoustic piano, cascading guitars, heavy metal riffs, a string section and electronica effects (which are significantly heightened on the hour-long remix project) to craft shifting, productive dynamics that prove post-rock isn’t necessarily a niche genre.