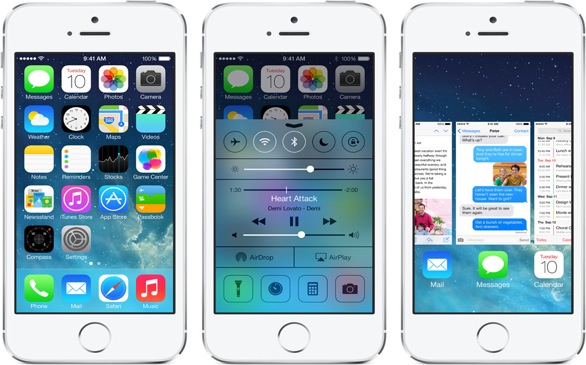 Its design might be nice, but some users are experiencing weird side effects.
(Credit: apple.com)

With its cool features and sleek design, some people think Apple's new iOS 7 update has turned their iPhones into an awesome new, high-tech gadget. For others, the software update is making them sick. Literally.

Some users have complained that the design is causing them to experience headaches and nausea. One person wrote on one of Apple's support forums: "The zoom animations everywhere on the new iOS 7 are literally making me nauseous and giving me a headache. It's exactly how I used to get car sick if I tried to read in the car,” according to Fox News.

One doctor told Fox News that iOS 7's "parallax" function (which causes the phone's background to subtly move back and forth) gives users a feeling very similar to car sickness.

The good news is "sick" users can reduce the motion by going into settings and turning down the parallax effect. If that doesn't work, they can always trade in their phone for a iPhone with iOS 6 on it.