Jennifer Lawrence to Make a Cameo in Dumb and Dumber To 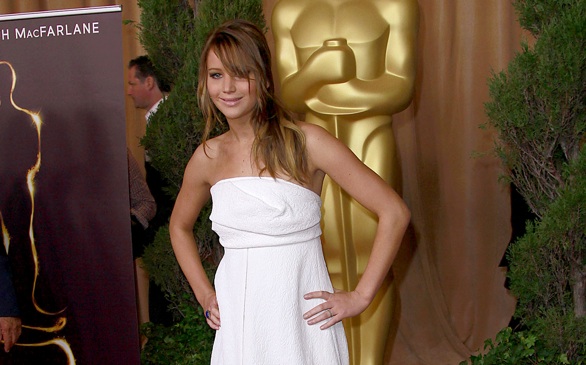 Jennifer Lawrence is rumored to be in the movie, but Jim Carrey posted pics that confirm the rumors.
(Credit: Kirk McKoy/Los Angeles Times/MCT)

Jennifer Lawrence will supposedly be featured in Dumb and Dumber To, set to come out next summer.

Lawrence spent one day on set in Atlanta, filming “as a younger version of Katherine Turner’s character, Fraida Feltcher,” according to Empire Online. Rob Riggle is another addition to the movie. He will be playing twins, Travis and Captain Lippencott.

In the movie, characters Harry and Lloyd (played by Jeff Daniels and Jim Carrey) return to go on a quest and find Harry’s long lost daughter.