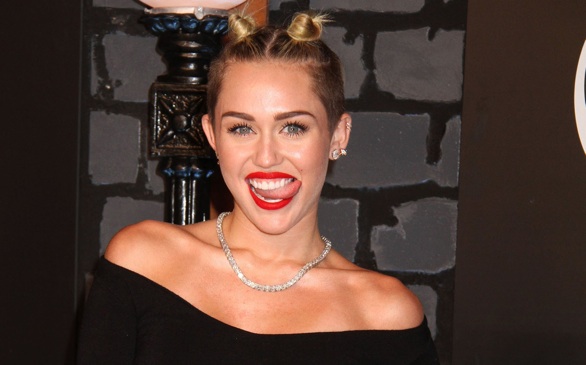 It’s only been a little over a year since Miley Cyrus chopped off her hair, signifying the beginning of her metamorphosis both physically and musically. She might not be singing songs such as “The Best of Both Worlds” anymore, but she's still widely popular with hits "We Can't Stop" and “Wrecking Ball" - the latter earned more than 150 million views on YouTube and the No. 1 spot on Billboard, according to NPR.

Cyrus has shown the world she can transform from a Disney icon to a fiercely explorative artist. On Bangerz, her new album that fully releases on Oct. 8, you'll see for yourself.

Bangerz is filled with a variety of songs that dabble in a little bit of everything: rap, pop and even a tad of country. Opening track “Adore You” provides a relaxed beginning to her album, which is filled with a mixture of happy and sentimental songs.

The instrumentals in “4x4" and “FU” give the songs a unique vibe compared to the rest of the album. “4x4” has a catchy rhythm that makes the listener feel like he/she is dancing at a country club. Meanwhile, “FU” has a soulful, burlesque-like vibe, making you want to bring out your fishnets and pasties. In this song, Cyrus holds longs notes and puts on a fierce persona.

Album title “SMS (Bangerz)" is sassy, choppy and upbeat, making anyone who listens to it want to get up and dance. Cyrus ends her album with “Hands in the Air," which gives a final impression of strength and conquering life’s obstacles.

The majority of Cyrus’ songs are about love, referring to both blissful feelings and heartache. This is not surprising since she was getting a lot of media attention for her relationship with actor and now ex-fiancé, Liam Hemsworth.

Guest singers are featured on tracks "SMS (Bangerz)," "4x4," "My Darlin'," "Love Money Party" and more, so make sure you check out the album to see who Cyrus collaborated with.

The ex-Disney princess has something for everyone with Bangerz; the different genres and styles will appeal to audiences everywhere.