Elton John: The Diving Board 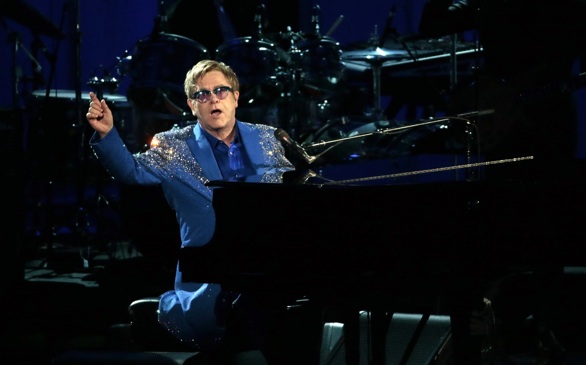 George and Ira Gershwin. Lennon and McCartney. Elton John and Bernie Taupin. These are three of the greatest songwriting teams of the previous century.

Happily, John and Taupin continue their collaborative connection on John’s 30th album, The Diving Board.

The 15 tracks offer a mature, sometimes nostalgic viewpoint with a minimalist mannerism fronted by John’s voice and acoustic piano. There are other instruments, but they are often burnished into the background.

Like the CD’s artwork, there’s a twilight-like quality which drifts through The Diving Board. A sense of solitude and somberness suffuses songs such as dusty ballad “A Town Called Jubilee,” which is about Midwesterners trying to escape the new Depression. First single, the wistful “Home Again,” is about separation from family and one’s past. A different historical perspective permeates sobering but hopeful pop piece, “Oscar Wilde Gets Out,” which imagines the bon vivant’s life after prison. The album notches up near the end with the spirited (and spiritual) “Take This Dirty Water” and “Mexican Vacation,” which have hymn-like refrains and ecstatic choruses.