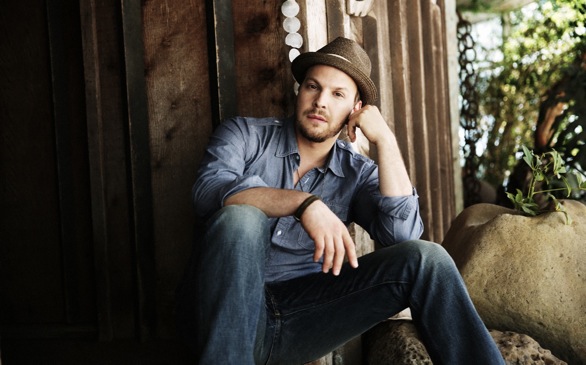 The 'Chariot' singer swoons and satisfies on his new album.
(Credit: facebook.com/gavindegraw)

Gavin DeGraw returned to the charts with his 2011 release Sweeter, and he’s aiming to stay with his fourth studio album Make a Move, teaming up with producers who have worked with the likes of Kelly Clarkson, Jason Derulo, Taylor Swift and Maroon 5.

The album is arguably DeGraw’s most radio-friendly and up-tempo release yet. The sound is richer, more layered, perhaps. The hooks aim to remain in heads for days.

This is perhaps accounted by the fact that for the first time, the crooner co-wrote every song, with artists such as OneRepublic’s Ryan Tedder and Boys Like Girls’ Martin Johnson, a departure from writing alone. The lyrics are smart, fun and fresh; some even make social commentary – “Night sky full of drones, this neighborhood of clones, I’m looking at the crowd and they’re staring at their phones.”

DeGraw’s single, “Best I Ever Had,” screams Train. The title track would make a good follow-up single, complete with the irresistible “oohs” that tend to connect well with audiences. “Finest Hour” is the charming, good-guy version of the party anthem.  “Need” is the break-up, you-miss-me-now anthem.

Still, as commercial as the record is, Degraw’s voice remains as unique as ever and sticks undeniably with his roots in blue-eyed contemporary soul.  “Who’s Gonna Save Us” brings back memories of his hit “Not Over You.” “Heartbreak” hearkens back to “Sweeter.”

Somehow, as arguably different as the collection may sound to the old days of “Chariot,” Make a Move one that has DeGraw written all over it.