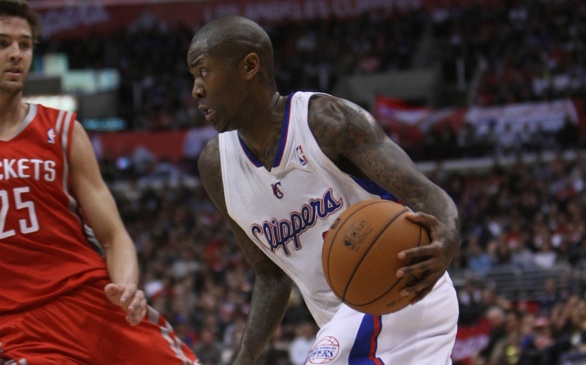 LA JOLLA — One of the pleasures of watching Jamal Crawford perform on the court is seeing his ability to shake a defender with his deft crossover dribble to create an open shot.

But with Clippers Coach Doc Rivers stressing fewer isolation plays, that will probably lead to Crawford having the ball in his hands less often. So expect to see Crawford come off more screens in Rivers' system and then look for a pass.

"As far as creating stuff, there's still a place for that," Crawford said. "But I think it'll be a more catch-and-shoot type of thing."

Over his 13-year NBA career, Crawford has had the basketball in his hands "most of the time" before he takes a shot.

Now he has to change his mind-set.

"It's an adjustment," Crawford said. "But I'll make the best out of it. [Rivers] has some really good stuff that I think will benefit everybody."

Rivers already has been impressed by Crawford after just three days of training camp.

"He's terrific coming off the picks without the ball," Rivers said. "He really is good. He's a catch-and-shoot guy as well, and I didn't know that and now I know."

Crawford has a career average of 15.4 points, mostly because he's such a creative and crafty ballhandler. He has made 41.1% of his shots over his career and 35% of his three-pointers.

In many ways, Crawford says that running off screens just gives him more scoring options. "It's totally different, for sure," he said. "I think it's an added part in my game and everybody's else's game too."

Rivers said he doesn't want to stifle Crawford, that he wants even more "offense and a little more defense."

"What we've told Jamal is that we don't ever expect him to be a great individual player defensively, but he can be a great team defender, and he's been doing that," Rivers said. "He's been great. He's had an absolutely wonderful camp. He's what he is all the time offensively. He's been in the right spots defensively."

Rivers smiled when told that Boston Celtics president of basketball operations Danny Ainge said the Clippers are "going to win 65 games" this season. Rivers coached the Celtics for nine years and led them to the 2008 NBA championship with Ainge as his boss.

The Clippers had a franchise-best 56-26 record last season.

But they lost in the first round of the playoffs to Memphis, prompting the change in coach from Vinny Del Negro to Rivers.

The Clippers will hold an open practice and scrimmage Wednesday at USC's Galen Center. The event is for season-ticket holders only, with the doors opening at 4:30 p.m. and the scrimmage at 6 p.m.