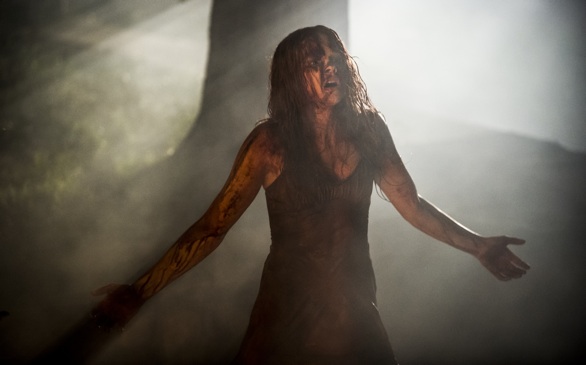 Inspired by the upcoming release of the re-imagined horror film Carrie, customers at a New York City coffee shop got to witness a super scary, realistic telekinetic event.

Unaware that it was all a prank, the customers entered the coffee shop and placed their order. A male actor then bumped into a girl's table, spilling her coffee everywhere. The girl freaks out and uses her "power" to throw him against the wall. The customers' reactions are hilarious, as they scream and jump back, the look of pure fear in their eyes.

The video already has millions of views on YouTube.

Check out the video above and leave your comments below!