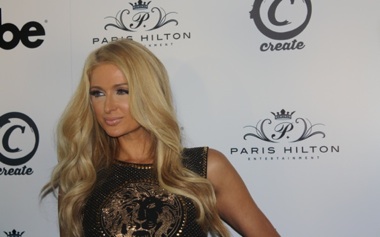 Over the past 10 years, we have learned quite a few things about Paris Hilton. Clearly she’s not cut out for the farm life, but the hotel heiress hasn’t had a problem making a name for herself in the spotlight as a party girl.

As the days of her youthful stardom begin to whittle away, Hilton is opening herself up to a more serious but still highly entertaining profession: DJ-ing.

The stunning blonde has found inspiration and potentially a longer stay on top with music, specifically EDM. Having played a sold-out month-long stint in Ibiza, the songstress made her American debut Tuesday at Create Nightclub in Hollywood as she celebrated the release of her new music video and single, "Good Time" featuring Lil Wayne, and signing with the Young Money Label.

While Hilton certainly emotes a sense of staggering confidence (as well as beauty) on the red carpet, it's a little bit of a different story in the DJ booth: she doesn’t quite run the show like you’d think a Hilton might.

Come the end of the day, Hilton can gift wrap garbage and people will still listen to it. Whether her role as a DJ is going to be for real or just a fun way to pass the time, one thing is for sure: Hilton will make headlines. If the crowds keep showing up like they did at Create and in Ibiza, I don’t think Paris Hilton will be going anywhere anytime soon.

What do you think of Paris Hilton's new single? Leave your comments below!