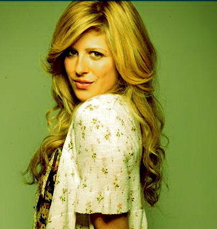 Untitled Document Jessie Baylin. Where do I begin? It’s a rare opportunity to be able to write about an artist, a poet really, whose gift for words can transcend all ages even though most young women her age are just beginning on the path to coming into their own persona.

She states, "I’m always on a journey to dig deeper and find out more about life and love." It seems that Baylin has definitely lived in another life. One might call the petite songstress an "old soul" but a more fitting term would be "world spirit" as she connects with her audience with themes that all can relate to: the loss of a loved one, the uncertainties of love, the gratification from leaving an unappreciative lover.

Of course, it’s all in the delivery of these words that makes her different from the rest. Unlike our modern singers who may very well be singing about the same things but whose message is lost amidst a bubblegum package, Baylin’s approach is extremely grassroots. It’s apparent that she is deeply influenced by the days of old as her smoky voice is rich with emotion and invokes immediate associations – I cringe when I type this word, but we’ll go with it for now – of celebrated singers whose voices remain timeless: Stevie Nicks, Joni Mitchell and even a touch of the blues.

Born in Gillette, New Jersey, Baylin has always been surrounded by music. Her father played in a few bands in her youth and exposed her to a wide range of music, including Steely Dan and Tom Petty and the Heartbreakers. The desire to progress in music continued to cultivate when she attended New York’s Professional Children’s School. The school is known for being fundamental to kids who aspire to be in the performing and visual art realms.

It is there that Jessie really built on her craft and propelled her to move to Los Angeles, not knowing a single soul. "I felt I had to go out on my own in a new place, and see what life had in store for me," she remarks. She met a lot of interesting characters (it wouldn’t be Los Angeles any other way), that could’ve easily discouraged her from finding her niche in this melting pot of the L.A. music scene, but thankfully has found a close-knit group of friends that continue to inspire and encourage her.

At her live shows, the warmth Baylin brings to the stage is palpable. Smiles stretch from wall to wall, the audience sings along – it’s nothing short of refreshing. Baylin’s seasoned band members compliment her style – guitarist Pete Snell, Paul Eckman on bass and drummer Debra Dobkin who also sings background. Baylin really comes alive when singing the song that pays homage to her father, "Higher Altitudes," it’s almost as if you can see her as a child standing on her father’s shoes and dancing.

When introducing one of her most touching songs, "Down You Go," the room becomes quiet. Though the song is pensive, as it deals with death, it also sparks your gratefulness of having had that person in your life. If you’ve ever lost someone dear to you, you’ll know what I speak of. Baylin’s performances are always interactive, you feel as though she speaking directly to you ... and she is.

Jessie Baylin will perform Jan. 16 and Jan. 23 at the Hotel Café in Hollywood. For more information, visit www.myspace.com/jessiebaylin.
Article posted on 1/10/2006
This article has been viewed 10847 times.