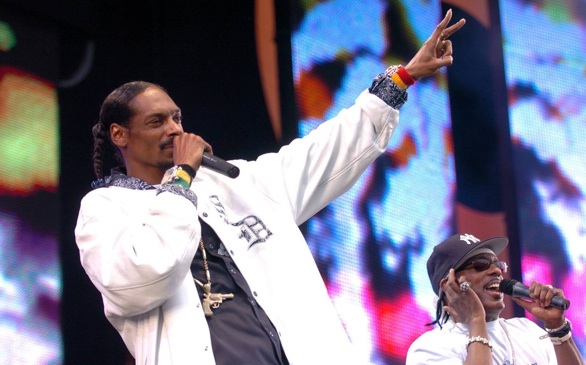 Snoop Dogg might be joining the club Hip-Hop Fathers Who Have Sons That Play College Football (the fictional club most recently added Diddy to its membership list). Snoop Dog's son, Cordell Broadus, was offered a scholarship to play football for Notre Dame.

At 6-foot-3-inch,186-pounds, Broadus had 38 catches for 513 yards and seven touchdowns as a sophomore at Diamond Bar High School in California.