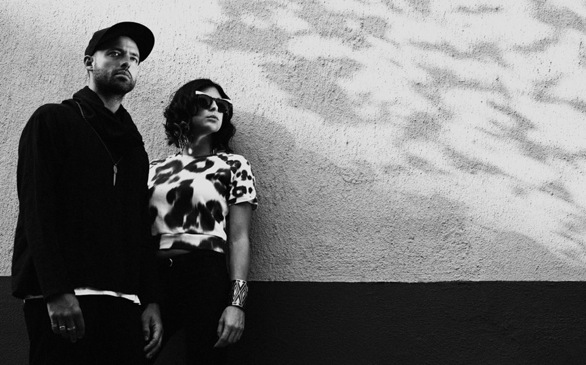 New York electro-pop duo Phantogram seems inspired by the EP format. Sarah Barthel and Josh Carter return after a brief hiatus with yet another short-form release, the 16-minute Phantogram EP, which gives fans a preview of a full-length sophomore album slated for early 2014.

Initial single, the darkly-shaded “Black Out Days,” is the standout: no surprise Phantogram introduced this electro-tinted song earlier in October via “Late Night with Jimmy Fallon.” The other three cuts expand the couple’s new indie-pop inclination.

The moody, closing-time tune “Never Going Home” has a modest lyrical stance and an appropriately brooding mix, but is marred by Carter’s monotone vocals. “The Day You Died” is better, fronted by an off-kilter guitar line akin to a sample, a stuttered drum beat, and Barthel’s whispery voice. The EP ends on a highpoint with the shoegaze/dance-floor number “Celebrating Nothing,” which evokes Phantogram’s 2009 record, Eyelid Movies.

The Phantogram EP (also available in limited-edition vinyl with bonus tracks) is a bit understated and may prove too soft for some, but will appeal to those seeking a musical nightcap.