St. Lucia: When The Night 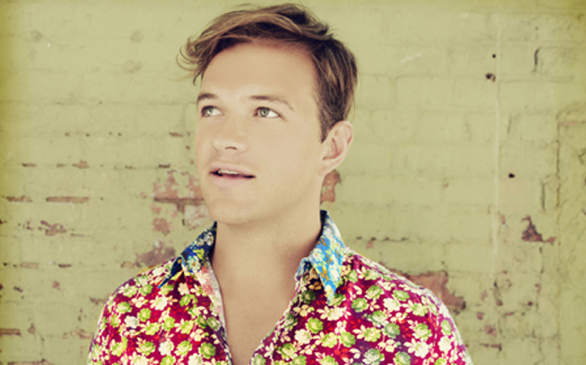 If summer’s over, no one told Jean-Philip Grobler. The one-man force behind the breezy pop of St. Lucia has just released his first full-length, When The Night, after years of non-stop touring and EP teases.

The South African-born churns out catchy sun-drenched electro pop that occupies the same pseudo vintage, highly addictive musical realm as groups such as Twin Shadow and M83. And while St. Lucia can’t quite fill those shoes, When The Night manages to blend enough familiarity with its own unique voice to warrant the album's existence.

From the ambient introduction of “The Night Comes Again” to the Midnight City-channeling saxophone solo of “The Way You Remember Me,” there’s certainly a good bit of M83 influence that sticks around the first third of the album. And this isn’t meant to chide, because it works well here.

It’s really in the the lush and catchy middle when When The Night hits its stride. Previously released singles “All Eyes On You” and “Closer Than This” remain some of St. Lucia’s strongest; they are certainly as infectious as ever here. “September” ramps up the BPM while title track “When The Night” is a nostalgic bookend that could work wonders in a John Hughes montage.

With its light and airy demeanor and eclectic variety, St. Lucia’s impressive debut is simply impossible to listen to without cracking a smile.

The band will be touring with Two Door Cinema Club this fall and will certainly be one to look out for in 2014.