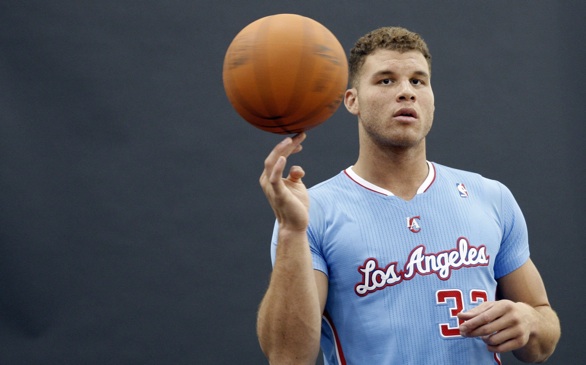 Coach Doc Rivers was feeling better Wednesday after falling ill the night before during the Clippers' game at Phoenix, and he didn’t sound all that concerned about Blake Griffin’s injured ankle.

Griffin didn’t play in the last two exhibition games because of what the Clippers called a “sore right ankle.”

Rivers said Griffin probably won’t play Friday night when the Clippers host an exhibition game for the first time this season at Staples Center against the Portland Trail Blazers.

The Clippers play Saturday night in Las Vegas against the Denver Nuggets.

Griffin injured his ankle Saturday night against the Utah Jazz. He returned to play in the second half of that game.

After getting an MRI, Griffin missed one day of practice before being cleared to practice.

“It’s just precautionary. He sprained his ankle,” Rivers said. “There is no reason to take a chance now. I want him to start the season healthy.”

Rivers got sick at halftime of the Clippers’ game in Phoenix on Tuesday night.

But he was at the Clippers’ Charity Golf Classic at Trump National Golf Club on Wednesday.

“I’m good. I just wanted [assistant coach] Alvin [Gentry] to get a chance just in case something ever happened,” Rivers joked about Gentry, who was fired as coach of the Suns last season. “But I am good.”