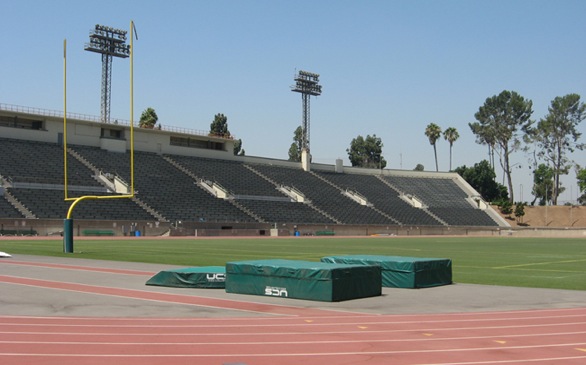 Filming will occur at the stadium.
(Credit: elac.edu)

This weekend, the filming crew of the highly anticipated Batman Vs. Superman movie will go to the Weingart Stadium at East Los Angeles College during its home game against Metropolis State University.

The first 2,000 attendants sitting in the designated filming section will receive free shirts specifically designed by the director, Zack Snyder. There will be a total of three shots, and the stadium will be transformed into Gotham City University's home stadium. The game will start at 6:30 p.m.

It is unsure if Ben Affleck or Henry Cavill will be attending the filming.